An answer and Sunday soap box 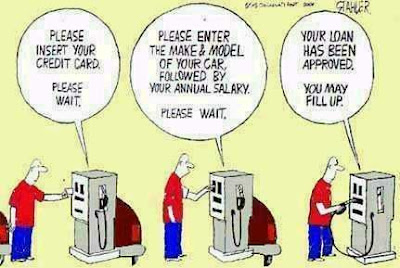 David McMahon has asked his readers to answer another question. I'm always interested in new topics to write about so I don't go on and on again about golf.
The question is: What's the most important thing you've ever lost
I lost my pitching wedge a couple of years ago and it has been really hard to find one I like. (Just kidding)
The one thing I lost and have never truly regained is my joy of teaching. Yes this year I could have retired and kept teaching mainly because it's nice to teach because I want to instead of have to, but for the last ten years the real joy of teaching has been lost. Maybe it was just my naiveté. It is the reason I switched schools over that summer.
One of the classes I was teaching that year was Social Psychology. I loved teaching this class. First it's a fascinating subject for both teacher and students, second it's an elective which lets you teach students that want to be there instead of have to be there (uhmm, sound familiar?)
It was also the year of Columbine. Naturally this was the one class where we discussed the tragedy in detail. I repeatedly told all my students that after an incident like this not to do anything stupid because when something like this happens people in authority are going to overreact. Since when do students ever listen to their teachers?
There was a student in my class who had finished his finals and the day of the Senior assembly did something stupid a senior prank that resulted in the school being evacuated and all of us standing in a soccer field for two hours with news helicopters flying overhead. Two days later I was asked to sit in on a disciplinary hearing. I can't go into many details, but the administration told the student's mother, (btw student already had an academic scholarship, and was one of the top 5 students in grade point average); that he would not graduate and should take the GED.
To this day I feel the discipline that should have been meted out was not allowing him to walk the line at graduation. Students who are caught with guns and knives, who are the most ruthless sociopaths you'll ever encounter, that would kill you without blinking an eye have sat in my classes, and federal regulations won't allow the school to expel them because they are in Special Education. When I was teaching at a middle school a student set off a bottle rocket in the hall during passing period that fortunately didn't hit anyone, but could have severely injured someone if it had, wasn't even given a suspension.
I walked back to my room after the hearing wondering, "What the hell am I doing here?"
The student most likely took the GED, went on to college and it is all behind him, just a reminder perhaps of when he was younger and dumber. It still haunts me that I had to sit there and could say and do nothing when I wanted to ask that mother why she was at the meeting without an attorney, and give a royal piece of my mind to that administrator, but I knew the decision wasn't hers. The Superintendent issued this decision and the administrator was just as much window dressing as me. I still wonder why severe discipline is only for the regular kids and you can't do anything to the ones that really act up. I don't have to wonder why so many parents would rather home school or bankrupt themselves to put their kids into a private school.
Posted by P M Prescott at 8:33 AM

great post! my god child had to get a restrainging order (long long story) against a male classmate and the school is protecting him when she is the victim. it is a big mess. and i too can't figure out why the student who is in the wrong and needs professional help is being protected over the victim!!