There is one place in New Mexico that has a special place in my heart it's the Baptist Encampment at Glorieta. I can remember trips up there from age 10 on. I met my wife there on a church retreat. Penni was married there and her ashes are strewn there around her memorial bench in the prayer gardens.
When I was in high school in summers the place would be wall to wall kids all summer long. The chuck wagon had waits of thirty minutes or more. The huge dining hall was always full. The chapel was standing room only.
When we went to spread Penni's ashes in June we were the only ones in the chuck wagon at noon. The place was a ghost town. There was a wedding taking place in the prayer garden, but it was a Catholic wedding. I've seen more nuns at New Mexico hall the last few times I've been there than preachers. It's truly sad.
To me this is holy ground. There's something peculiar when humans get tied to land. They get rather proprietary. Look at all the fighting in a small sliver of land between Egypt and Turkey for thousands of years with everyone claiming it as holy ground.
This recalls a time where I thought Glorieta had been violated.
I was teaching in a middle school. APS set aside money for teacher collaborations from their training budget. The principle let those who wanted meet for a Friday night and all day Saturday meeting at Glorieta. When we got up there and in our rooms that evening everyone immediately decided to drive to Santa Fe for a drink. No problem. I had no illusions about them being good Baptists. It was the next day as we were in conference rooms and most of them started smoking.
There is no smoking at Glorieta period. Not even outdoors. This was in the early 80's and I wasn't tenured so I bit my tongue and didn't say anything, but it still rankles to this day that they would defile a building built, maintained and owned through the tithes of Baptists. You'd think teachers would have better respect than that.
I remember that every time I hear on the news Native Americans claiming certain mountains here as sacred grounds to keep development out. Even I have sacred ground that I feel touchy about even if the Southern Baptist Convention has all but abandoned it.
Posted by P M Prescott at 8:51 AM 5 comments:

Since I now have my novel available for Kindle I bought one today. I'm sure glad they've brought the price down.
I'll hold off on getting a Sony or B&N reader.
I found a really good digital camera on close-out so start expecting lots and lots of pictures.
Posted by P M Prescott at 6:21 PM 3 comments: 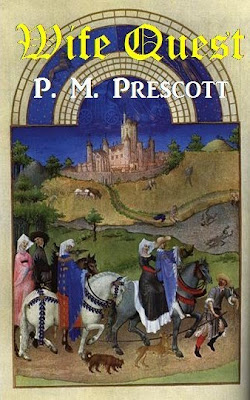 Submitted a short story to Amazon and it will be available Monday for Kindle at only $.99.
Anne is working on the cover art for Human Sacrifices. When that's done I haven't made up my mind if I want it done in hard copy through Create Space. It's print on demand like PA, but they're much cheaper on the price of books. What I don't like is that their e-book price is the same as hard copy. I might keep it only as an e-book.
Posted by P M Prescott at 3:02 PM 6 comments:

I hope the great mass of average people out there are waking up to the brutality of the Republican party. When they can steal basic rights from teachers, state employees, police and firefighters what's to stop them from even more violations of citizen rights?
Posted by P M Prescott at 5:46 PM 4 comments: 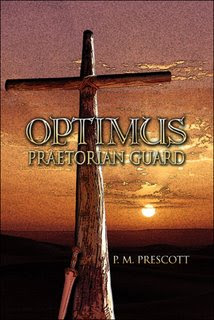 Today the supremes ruled 8-1 against a father who sued a baptist church and won a 5 million dollar judgement against the protesters that have been harassing soldiers funerals for the last ten years. The supremes overturned the civil court decision on the basis of free speech. Is standing outside a cemetery with signs that read God Hates Fags, God Hates America, and other offensive slogans truly free speech?
1. Can the government charge the protestors with a crime?
The Supreme court ruled in the case of Skokie Ill, that the American Nazi Party could hold a rally in a town with a large population of Holocaust survivors and give speeches. The citizens of Skokie, however had the option of not going to the rally. At a funeral that is not an option. Arizona passed an ordinance before the funerals of those killed in that senseless attack last month that any protests would be held in a separate location away from the grieving families. They used the same law Bush set up so that he would not have to see any war protestors. Protests of this nature have not been outlawed, but are now regulated depending on state or city.
2. Can the family sue for intentional infliction of emotional distress.
Obviously the supremes ruled today that you cannot bring a civil action against protestors of this nature. Why?
This is the law on Intentional Infliction of Emotional Distress:

Cause of Action for Intentional Infliction of Emotional Distress

• A prima facie case in an action for intentional infliction of emotional distress requires proof that:

1. the defendant's conduct was extreme or outrageous;

2. the defendant acted intentionally or recklessly;

4. the defendant's conduct was the proximate cause of the emotional distress suffered by the plaintiff .

• Primary liability will be imposed against the person whose conduct caused the plaintiff to suffer severe emotional distress.

• Other persons may be vicariously liable.

• Action may be brought in state court, or in federal court on the basis of diversity jurisdiction.

• Action usually will be subject to limitations statutes that apply to personal injury actions.

• Plaintiff may be entitled to punitive damages.

By this ruling the supremes have nullified this major part of defamation law. If this case does not fall into the category of Intentional Infliction of Emotional Distress what does?

The reason for civil suits of this nature is to maintain order in society. Instead of duels to defend a person's honor there are now lawsuits to settle the matter. It's not about free speech, it's about keeping people from killing each other when offended by the other persons speech.

On the CBS evening news the father who brought the lawsuit expressed this point very well. He said if the government won't protect the grieving families then they will and the blood will be on the hands of the Supreme Court.

There is a legal defense called "Fighting words." If someone says something to you that is so offensive that you can't control your anger and you resort to violence. It's justified and is considered self defense.

The Power of a Teacher

In the debate linked to in my last post Bruce repeatedly quotes from Thomas Jefferson and James Madison. The two writers of our nation's most important documents. Jefferson, Madison and James Monroe, three of our earliest presidents had a teacher in common. The Reverend James Maury. While they were students. Maury brought a lawsuit against Virginia concerning his salary provided by the state. What a case! It's known as the Parson's Case. Patrick Henry's father was the judge, Patrick Henry represented the state. To sum up the case Anglican preachers were paid in tobacco set at 16,000 pounds which under normal conditions sold for two pence a pound. In 1757 there was a drought and the price of tobacco increased to six pence per pound. The colonial legislature passed a law known as the Two Pence Act basically taking away their windfall. The King, being head of the Church of England overturned Virginia's law. Maury sued for the full market value. It is in this case that Patrick Henry lays the foundation for the Declaration of Independence Jefferson would write 19 years later. Henry argued in substance "that a King, by disallowing Acts of this salutary nature, from being the father of his people, degenerated into a Tyrant and forfeits all right to his subjects' obedience." (Ann Maury, "Memoirs of a Huguenot Family," G.P. Putnam & Sons, 1872, letter at pages 418-424, quote at page 421). The jury found in favor of Maury, but awarded only one pence per pound effectively cutting his salary in half instead of tripling it. I wonder if this case that all three men witnessed first hand laid the seeds of our first ammendment separating church and state.

Aside Scott Horton today on his No Comment Blog has an article on the historical use of jury nullification.

My point in this post is that Jefferson, Madison and Monroe didn't dream up the blue print for our country in a vacuum. They were grounded in the classics, that meant knowing Latin, Greek and reading classical literature. Most importantly Polybius. Who wrote about the need for monarchial equilibrius which Montesquieu used to for the idea of separation of powers that Madison incorporated in the Constitution. How much of Reverend James Maury's teachings rubbed off on these men? BTW Matthew Fontaine Maury is buried between Madison and Monroe.

Was a son Matthew Maury, a French Huguenot, who came shortly after his birth to Virginia from Castel Mauron, in Gascony. His mother was Mary Anne Fontaine, daughter of Rev. James Fontaine and Anne Elizabeth Boursiquot, his wife. He attended The College of William and Mary, and on July 31, 1742, was appointed usher of the grammar school. In February, 1742, he went to England and was ordained a minister. Returning to Virginia he became minister for one year of a parish in King William county and then went to Louisa to Fredericksville parish, which was afterwards in Albemarle county. As a minister he was highly regarded for his piety and learning. He opposed the Two Penny Act of 1757 and brought suit against the collectors of the parish for the full amount of his salary in tobacco. This suit, known in American history as The Parson's Cause was an important legal and political dispute in the Colony of Virginia often viewed as an important event leading up to the American Revolution involving the question of taxation. It was defended by Peter Lyons, afterwards president of the state supreme court, and opposed by Patrick Henry, who denounced the interference of the King in setting aside the law as treason to the people of Virginia. Mr. Maury won the law suit for only a small amount. He continued to hold the esteem of the people of Virginia. Afterwards the Rev. James Maury wrote a letter in reply with and explanation of the event that was later termed as "The Parson's Opinion of 'The Parson's Cause'" by a writer, a copy of which is located on wikisource s:Maury, Reverend James vs Henry, Patrick -- "The Parson's Opinion Of The Parson's Cause". Maury was still minister of his parish when he died, June 9, 1769. He had married Mary Walker, daughter of Captain James Walker and Anne, his wife. source: Encyclopedia of Virginia Biography, Volume II; VIII—Prominent Persons

The Reverend James Maury taught instruction in classics, manners and morals, mathematics, literature, history and geography (Dabney 110), and also Latin and Greek. Most of Reverend Maury's pupils boarded at his school, as home was too far away to leave school and return the next morning. (Writings of Thomas Jefferson) Therefore the boys knew another well as young adults and as adults they (Jefferson & "Counsul James Maury) worked to make this nation great.

Thomas Jefferson lived with Rev James Maury's family for two years while he was being educated. Jefferson and others naturally went home on special holidays such as Thanksgiving and Christmas and sometimes on the week ends. Jefferson was enrolled in Rev. Maury's Classical School for Boys immediately after his father, Peter Jefferson, died.