Merry Christmas to all my family and friends.

Went to Tucson to bring my eldest grandson to be with us. It's been two years since he was last here! He much taller and is getting along with the other two grandchildren. If we can only get his mother to let us have him over the summer like she's supposed too....
Last time we drove to Tucson was twelve years ago and I remember from Wilcox on there were a lot of saguaro cactus all over the vast expanses on both sides of the highway. This trip I didn't see one, not even in the Saguaro National Park. It wasn't until inside the Tucson that they were present usually in front of a business. What happened to all of them?
It's been fun having three rambunctious kids running and making lots of noise in the house, but after awhile it's nice when my son loads them up in the van to visit other people and we get a little peace and quiet.
Wife's off for two weeks while I'm here at the office and will return next week, things have flipped a little since I retired.

HERE'S WISHING EVERYONE A MERRY CHRISTMAS, OR WHATEVER YOU CELEBRATE, AND A JOYOUS NEW YEAR!
Posted by P M Prescott at 8:44 AM 4 comments:

We already knew this.

The torture report came out and all the tut-tutting that is going on is too little too late. We already knew the CIA was torturing people at black sights and third party surrogates. We had pictures from Abu Ghraib proving it was going on. Bush and Cheney boasted about it while in office and after they left office. The scope might be bigger than expected, but the scope doesn't matter. Torturing anyone is illegal under the constitution for any reason: it's called cruel and unusual punishment.

Quote from No Comment blog today. Sorry Scot Horton is no longer blogging.

Torture is the habit of tyranny, not of free republics, and it cannot simply be switched on and off. It inculcates a conception of state power and human worth that directly conflicts with our founding principle of an inalienable dignity to the human person, even the most culpable. As we know from Abu Ghraib, once it is unleashed, even as a supposedly well- quarantined tactic practiced by putative professionals, torture spreads like cancer…. This is the lesson of history for all governments that turn to torture: an isolated practice expands to become the emblem of state power and the reality of the citizens’ subjection.

I'm no expert, and believe me I don't wish to be, on the subject of torture. Since the day W announced the opening of Guantanamo and the suspension of Habeas Corpus I knew torture would be in the mix. When the first pictures of torture surfaced from the normally lap dog press the only surprise was that it came to light so soon. Here's what I've learned since then:

A. Why torture is ineffective:
B. Torture's effectiveness:
Posted by P M Prescott at 10:50 AM 2 comments:

My books on Amazon 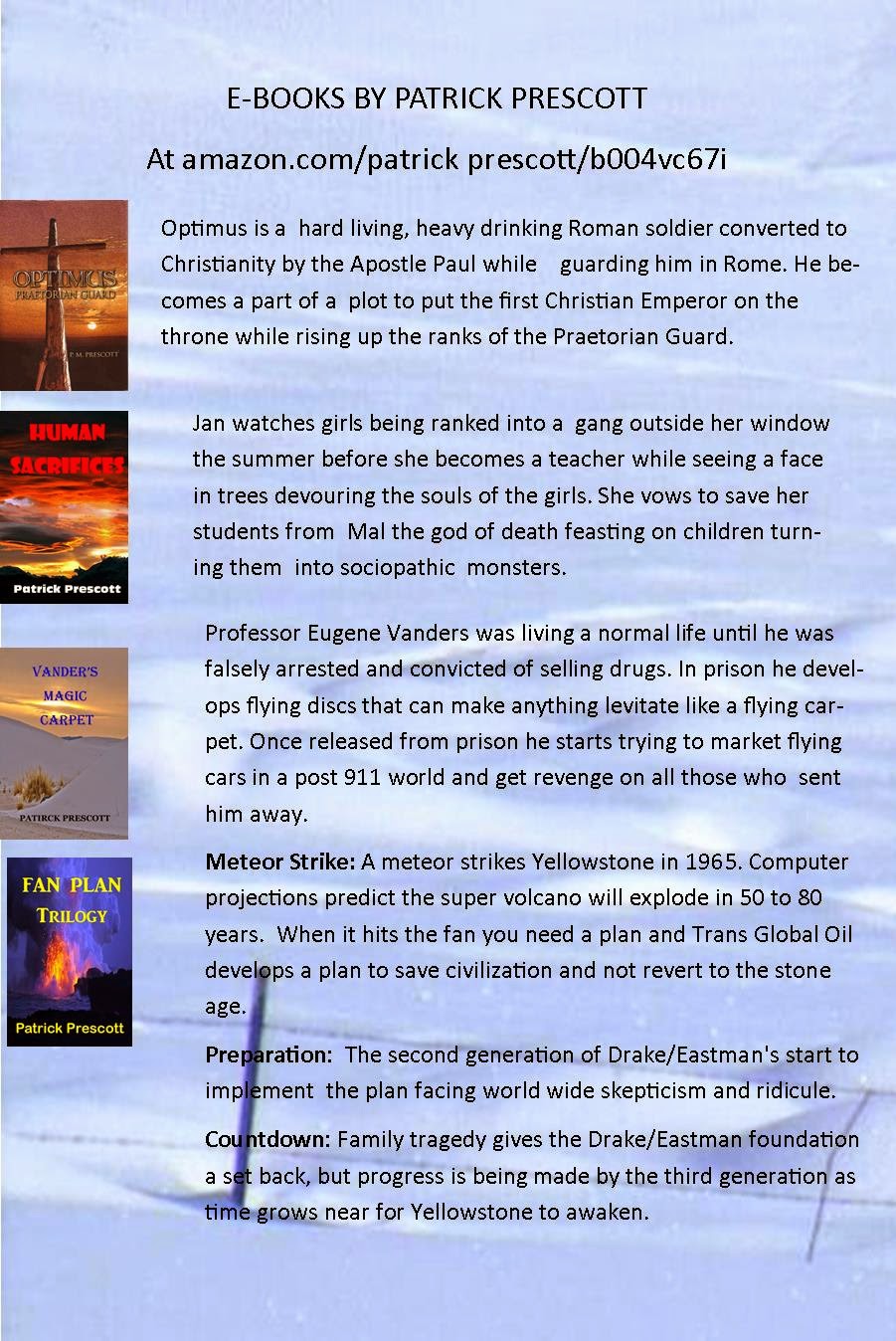 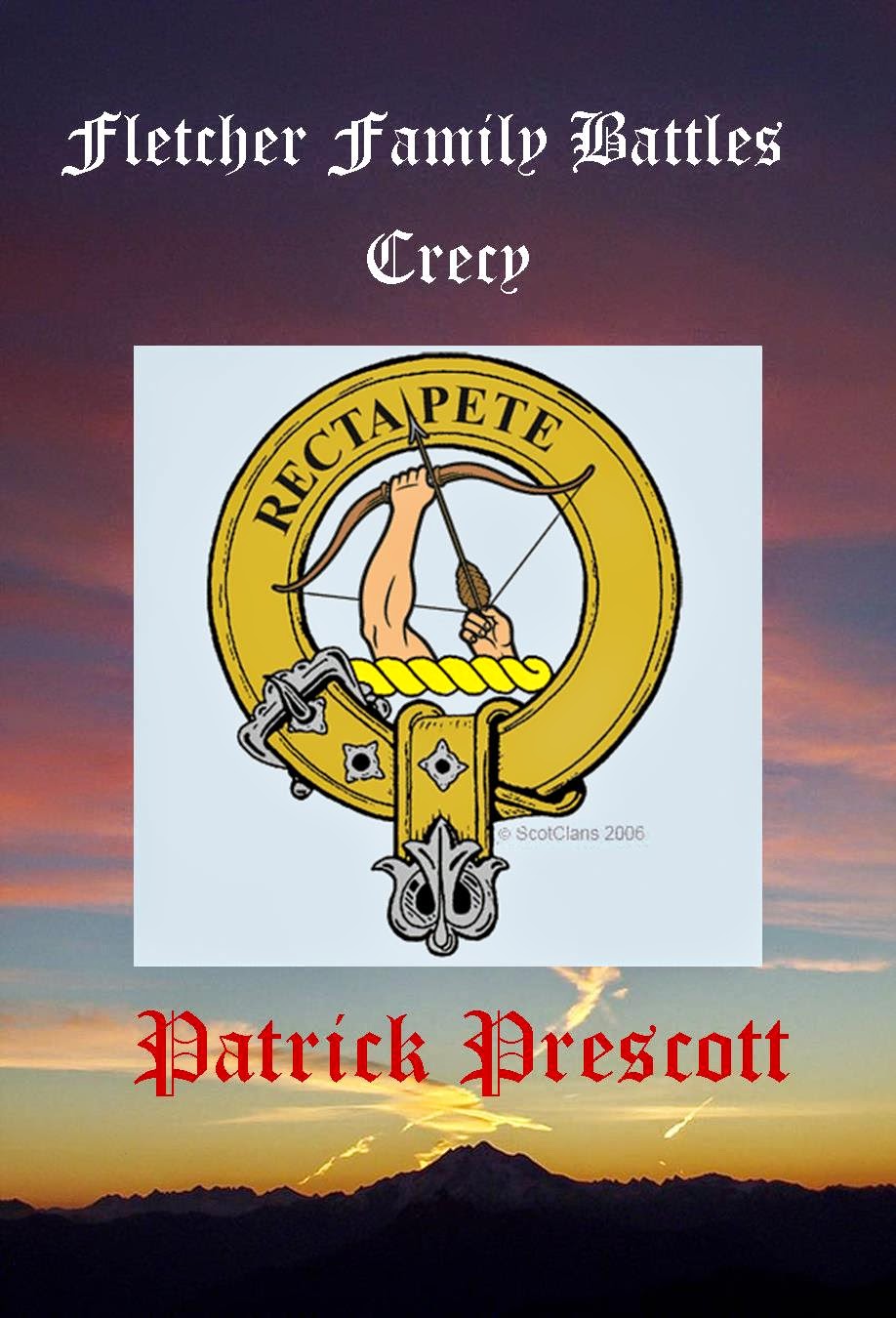 John Fletcher is a young knight looking to find a wife and begin his life until King Edward I decides to invade France. Fighting alongside the Black Prince at the battle of Crecy and making a name for himself he becomes the patriarch of of the Fletcher family of Mill Town Abbey. 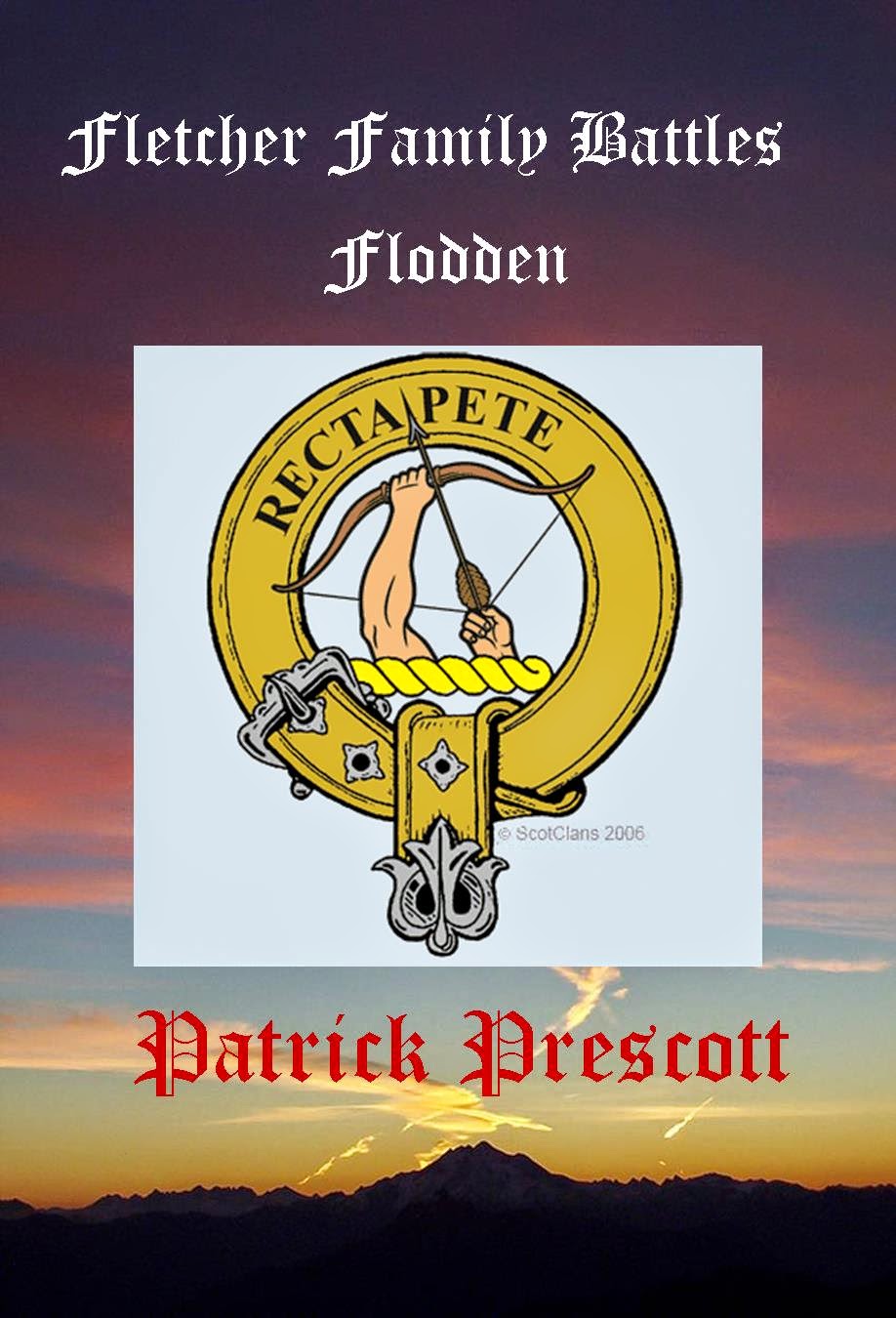 John Fletcher is child of a third son and decides he doesn't like studying to be a priest. Entering the army of Henry VIII he's sent to Spain in what becomes known as Wolsey's War coming home in disgrace. Joining the artillery when Scotland threatens to invade he redeems himself at the battle of Flodden.

Milton Fletcher is the second son of John Fletcher master of Mill Town Abbey. Thomas Wolsey the King's Almoner favors him and he starts to rise in the bureaucracy being created by the most formidable man in England.

Gregor Fletcher is head of Clan Fletcher in Aberdeen. Called by King James IV to join in the invasion of England his whole clan is on the line should they fail.
Posted by P M Prescott at 9:51 AM 2 comments: