When I get home from the office and do my writing the wife wants to watch TV. There's not much on the networks we watch anymore.

From the most recent to as far as I can remember.

Just watched all of WandaVison last night also two episodes of Falcon and the Winter Soldier.

Queen of the South

Todays words are;  ego, pier, freight, pace, solo
Shanika was a needed boost to the team. In scrimmage she was hard to defend and on defense she was hard to shoot over or go around.
There was a problem. She knew many of the teams they'd play against would be outmatched and they'd build a big lead quickly. If he sent in second string half way through the first half then varsity would lose conditioning when it would be needed against better opponents.
This led to the snide remark the there were three things that should be done in the dark: sex, kick the can, and women's basketball.
Their first game was a prize example. They were ahead thirty to five after seven minutes. She purposely made them slow the pace down, but kept the first team in for the rest of the half.
In the second half she put Shanika in with the second team and let her play solo offence for five minutes. The others only blocked and passed, Shanika scored. Then played only defense for the next five minutes. When the score was sixty to twenty and the other coached yelled, "Call the dogs off!" She pulled her and put the rest of the first team back in.
The next day she went out on the small pier on the lake in the middle of campus to think. She needed someone to challenge the team and the only solution bothered her. Making up her mind she went to the gym and cornered Coach Adams, the men's basketball coach.
"Tony," she asked would it bother you if your JV team would play a pick-up game with my girls once a week?"
Tony smiled, "That Shanika's like a freight train isn't she?"
"Think you're guys are up to stopping her?"
"How's Wednesday sound?" Tony said.
"Meet you then," adding, "hope she doesn't beat up on George too badly. I'd hate to damage his ego."
Posted by P M Prescott at 12:31 AM 8 comments:

The tall dark complected girl walked onto the court and all eyes were on her. At six foot and one inch tall and a well formed one hundred and thirty pounds she was a giant compared to the other players who averaged five-ten.

Karen's first thought was that the gal had never been inside a hair salon. It was obvious with her wild hair that girl was a rebel.

All the other members of the basketball team watched as the incoming freshman strolled over to the ball rack and grabbed one. She dribbled to the middle of the court did a half turn at the three point line and hit nothing but net. She ran to the ball, dribbled back to the three point line off to the left side and hit a perfect bank shot. She looked at the rest of the team with with a smirk that said, "I'm good."

A shrill whistle sounded and all eyes were on the coach standing at half court.  Coach could project her voice so that people in the next county could hear her. "Gather around," she said. They all formed a circle.

"Last year we lost in the title game because we lacked an inside game and poor rebounding. That's not going to happen this year."

She put her arm around the tall girl. "Meet Shanika,  our new post player."

Secular: Memories from Cats and Do You Hear the People Sing from  Les Misérables.

Religious theme songs: Christmas is O' Holy Night and What Child is this?

Easter is The Old Rugged Cross and He Lives.

You ask me how I know He lives? He lives within my heart. 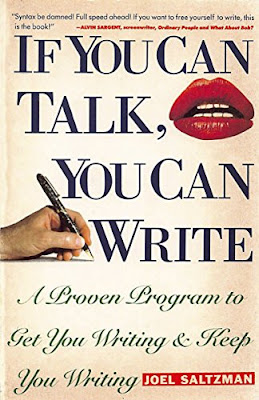 Berthold on his blog wrote a piece about the admonition that a writer should write as simply as possible. My response could not be condensed into a simple reply. I've had to think about it.

One of the greatest tools I used as a 7th-10th grade English teacher was this book. If You Can Talk, You Can Write. I was dealing with students reluctant to write their spelling words into a sentence. This book was a way to get students writing and overcome a reluctance to put pencil or pen to paper. It's baby food. It's a start and hopefully from there they will become capable of writing on their own. It's writing in it's simplest form. It should not be the norm!

Does that mean we should all still want to write like Shakespeare or Dickens? That would be silly and today's audience whose eyes and ears have been captivated by TV and movies wouldn't read it. This was a can of worms to me. How complex is too complex and how simple is too simple?

I equate the keep it simple tripe to "Dumb it down."

I think the wrong word here is simple. My definition would be to make your writing understandable. 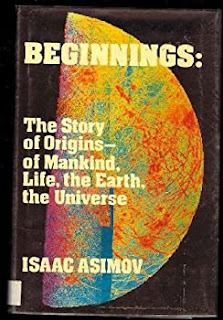 A lot of people bought Stephen Hawking's A Brief History of Time, but wouldn't or couldn't understand one word out of ten of what he's saying. It was a way to impress guests at a party by having it on table or bookcase. Isaac Asimov, on the other hand, was a brilliant scientist, but he was gifted with the ability to take the most complex scientific and technological concepts and make them understandable. In Beginnings, he took life from the modern age to the big bang and made most of it is understandable. That is what we should strive for as writers.

If you strive for simplicity you face the horror I did as a teacher with textbook adoptions. History texts expressly. The problem here is what they called readability. If students are only reading at 3rd grade level then a high school textbook should be written at the third grade level. Pure bullshit. You could not believe the garbage they tried to pass off for developmental students. No wonder they can't read, what they're offering is unreadable. Think Donald Trump trying to explain the Declaration of Independence.

When I first taught 7th grade English I found girls were reading Judy Blume, S.E. Hinton, Daniel Steel. Boys were looking at the pictures in Playboy and Penthouse. Not in my classroom, but you get the drift, If they had a National Geographic it was for naked Pygmies.

Growing up, in 7th grade we read Edgar Allen Poe, and I loved his stories. I got a classroom set of Poe's books and had to read it aloud and explain every other word. I tried Mickey Spillane's murder mysteries. The boys yawned. Then I had them read Barry Sadler's Casca books. They are simple, straight to the point, but the history was sound and they could identify with a soldier going through all the major battles of the world since the first century ACE. I found books for boys in their formative reading years that they were interested in and wanted to read. The vocabulary wasn't difficult, but it wasn't dumbed down. It was understandable. 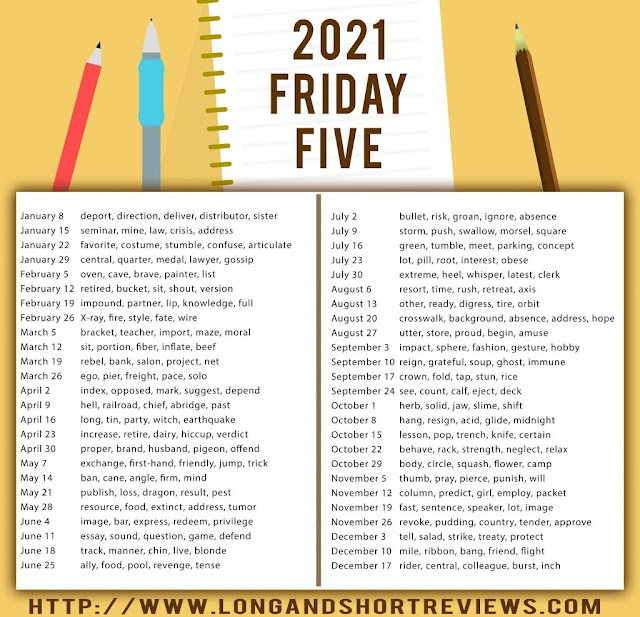 For the first time in a year, I sit to have a great steak dinner in Texas Roadhouse. They have succulent dinner rolls with honey butter. Their sirloin is to die for. One thing about Roadhouse is that have a generous portion of loaded mashed potatoes, and their beef is always cooked to perfection. I also order the house salad to add a little fiber in my diet. I was afraid that after the pandemic they'd inflate their prices to make up for lost revenue, but it was the same prices as before. I'm in heaven.

This weeks challenge is: Best no-book gift for a friend.

1. An audio book, not the same as a book shelf book.

2. Book marks. Any types: paper ones, fancy ones, metal clips, etc. You can advertise your own books by printing up book marks and giving them away.

3. A desk top book shelf. They hold maybe four or five books without taking up too much space.

4. A costume of their favorite character.

6. Spending hours trying to out quote each other from favorite books, by memory.

7. Writing a comment after your friend writes a review and posts it.

9. Posting a review of your friend's book and posting it on Amazon.

10. Lending an ear when they're in writer's block or asking for advise.

Johnny Lane opened the newspaper to the sports section. On the third page the high school boys basketball tournament's schedule was posted. He looked and found his team's bracket. He noticed that most of the teams they were scheduled to play they'd beaten over the season. They could play for the state championship. That would up his chance at a scholarship.

He left for school in his mother's SUV, a Japanese import. He parked in the teacher's lot. Jocks like him got away with stuff like that.

Going into his psychology class Mr. Williams was showing a film of rats in a maze. "Great, " he thought "I can snooze for half an hour."

In English class Mrs. Ewing was explaining the "Theme" of a book. They were reading this one for the last week. "Johnny," she called his name. "What's the moral of Animal Farm?"

In the locker room getting dressed out for practice there was more hooping and hollering than normal. Out on the gym floor Coach Cooper tried to bring them down to earth. "One game at a time guys. This is sudden death, we lose we're out. Don't overlook anyone."

This weeks challenge is: My greatest weakness.

As a writer a couple of my weaknesses technology has helped me overcome. Namely spelling and grammar. The latest version of Microsoft Word has upped my proofreading game very much. It still doesn't help me with "Horses humping over the fence." It's much pickier about commas now.

That leaves my greatest weakness as a writer:

I was the one that waited until the night before a term paper was due to start it. When I'm researching a story I spend months researching the setting (Wikipedia is great). Sometimes I keep at it as I'm reluctant to start the story or the section of the story I'm working on.

The greatest feature of procrastination is the blank screen. What do I put on it?

Half way through a story and I'm stuck on what next to say I'll edit and re-edit like crazy until I'm unstuck.