In the ancient world some marvelous structures were built. Of the seven chosen at the wonders of the world only one is still standing: the pyramids of Egypt. There was a beautiful temple named one of these wonders. It was the temple of Artemis in Ephesus built in 550BC. In 356BC it was burned down. The arsonist was arrested and tried. He plead guilty explaining that he was a person who would never be remembered after his death and this was his way of having his name in the history books. He was naturally sentenced to death and the judge ruled his name to be stricken from all records so his name would not go down in history, thus depriving him of the one thing he committed the crime for.
Now no one died in this arson, and you might ask "So What?"
Well it seems to me that today's serial killers and mass murderers have a parallel motive. Serial killings and mass murders are done by nobodies. Nameless and faceless non-entities living lives of quiet desperation. With over 300 million people in this country the overall vast majority of our citizens fit into this catagory. A great many seem to derive some meaning vicariously by identifying with Royal families, athletes, actors, actresses, celebrities famous for being famous. The paparazzi make a fortune invading the privacy of the aforementioned to feed the appetite of nameless, faceless nobodies who look at and read in a frenzy everytime Kate Middleton or Kim Kardassian sneeze.
Alright what can be done?
Will this stop the violence? No, but it might reduce the carnage if those living lives of quiet desperation know thy won't get what they seek this way.
Did it work in 356BC? No Herostratus is the arsonist, but it takes someone really wanting to dig deep to find that name.
Posted by P M Prescott at 2:34 PM No comments:

A merry Christmas or Winter Solstice, or or or... 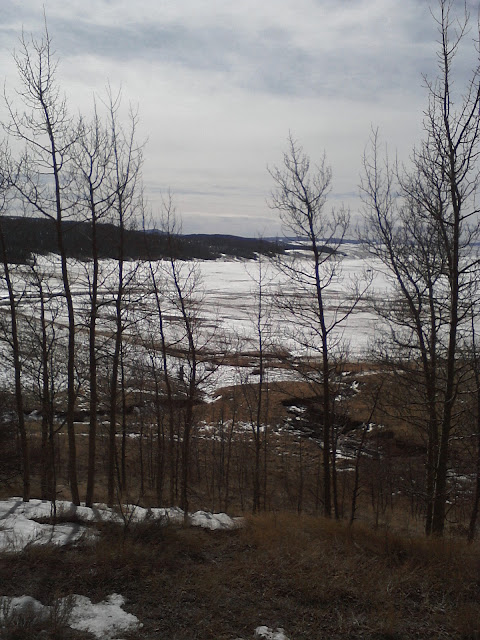 May this time with family and friends be joyous and the memories last a lifetime.
Posted by P M Prescott at 9:05 AM 2 comments:

So I was a little Scroogy in my last post. Yes, Virginia I do have some Christmas songs I dearly love.
So here are my top Christmas songs with some of my favorite performers who sing them.
Drum roll.....
1. O Holy Night -- Michael Crawford's version is spectacular.
2. What Child Is This -- Barbara Mandrell really belts this one out.
3. Snoopy's Christmas -- The Royal Guardsmen may be mostly remembered for Snoopy and the Red Baron, but this song, woefully underplayed on radio, goes past satire and explains the German Yule of giving gifts and celebrating Winter Soltice with their enemies. "Christmas bells those Christmas bells ringing through the land..."
4. Pas De Deux from The Nutcracker. Last year I recorded five different showings of this ballet off Ovation channel just to watch the five different ways this song was performed. I never tire of yearing this song or watching the dance. It's beautiful.
5. Blue Christmas -- Beach Boys version is best, wife love's Elvis.
6. O Tannenbaum -- Nat King Cole, makes your heart melt.
7. Carol of the Bells -- It's snappy
Posted by P M Prescott at 10:46 AM 8 comments:

This is the time of year to hear carols everywhere you go. I do remember the day, many years ago when I too was one of those insufferable people walking through neighborhoods ringing doors with other of my kind singing to those who opened the door three or four songs written a hundred or more years before our births. A kinldy medical doctor joined us playing a saw like a violin. The fond memories of those times last a lot longer for the singers than for the poor souls scratching their heads wondering who the hell those idiots are.
On the radio whether XM or local they pull out the seasonal songs. All singers who want cheap royalties for life do a Christmas Album. Even well known Jews like Barbra Streisand and Neil Diamond sang Ave Maria and O Holy Night then sing What A Friend We Have In Jesus while they cash their checks. Those albums have been out for over thirty years, but they're still played on the airwaves and downloaded from the internet. The estates of Gene Aurty, Bing Crosby, Frank Sinatra, Dean Martin, Andy Williams, Perry Como, Elvis Presley, Beryl Ives and on and on cash in on it, or I one would think, maybe the recording companies clean up on the old singers whose roayalties have played out. Talk about pure gravy! Would anyone remember Jose Feliciano if it wasn't for Feliz Navidad? Poor Trini Lopez, why didn't he do a catching latin Christmas song? Lemon Tree is only remembered if you really like watching The Dirty Dozen over and over again.
It seems with so many channels to choose from on satelite and cable half of them are doing some country singer's Christmas special. Wife made me watch Scotty McCreary's. Problem is he had everyone else singing and only sang one song. Not sure about that as she didn't collar me and force the torture on me until the opening part of the show was over, so he may have started the show with a song and then finished it. I like his voice even if it is Randy Travis coming from Opie Taylor.
I really avoid stores as much as possible because they blare seasonal Muzak. Most of it generic like Frosty the Snowman or Let It Snow Let it Snow. Is the song Chestnuts Roasting on an Open Fire where the term "Chestnut" for a stale joke originated?
I guess I get my aversion for some of these songs because I worked in department stores while in high school and college. I remember standing in the lobby of a Skaggs drug store behind a counter with cigarettes (yes back then they were in the open so all the customer had to do was grab a carton or package or two, hand it to me so I could ring it up, sack it and give change) candy (sounds silly today to be selling those side by side, but that's how they got the kids hooked on both vices) meanwhile back to the original train of thought. Standing there with the music blaring overhead for eight hours of looped holiday music 1) takes away all meaning from the songs, 2) destroys your ability to listen to songs in 3/4 or 4/4 time (that's walz and fox trot to you dancers) 3) and years later when you hear them it brings back all the memories of hurried and short tempered customers and why I was so grateful to spend most of my life trying to educate ungrateful children on the importance of knowing the difference between an noun and verb as well as the three branches of our government and the need for ballance of power between them.
Not all of my aversion to some music is about Christmas Music. Working at Skaggs the summer before going off to college I was tortured by the looped songs of Melany's I Have A Brand New Set of Roller Skates and You Have a Brand New Key followed by Jeannie C Riely's Harper Valley PTA.
Now you know why out of the huge collection of .45's collected while growing up I took none of them with me to college. I only took one lone album (lp) and that was what I tortured my mother with my senior year in high school, Iron Butterfly's Inagodadavida.
Posted by P M Prescott at 12:02 PM 4 comments: