There's nothing more horrifying than watching someone struggling with anorexia. They're purposely starving themselves to death all the while deluding themselves that they're getting more and more beautiful. Isn't that what the fresh water economists are doing here and in Europe. Cutting taxes, cutting spending starving the economies and deluding themselves while millions of people are losing jobs, homes, cutting education, adult children unable to establish independence after graduation, underemployed dying without health insurance etc. and the economic experts look at the economic starvation all around them and delude themselves that this is beautiful.
Just as a human body needs food to maintain all aspects of the body so does an economy need money to feed all those living in the system. Governemt spending is that food. It's needed now.
Posted by P M Prescott at 4:46 PM 4 comments: 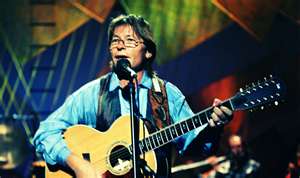 One of the many memories of going off to college in 1972 out on the windy dusty plains of Texas was an up and coming singer that had songs about mountains. The one thing I was really homesick for over those years were mountains. When I fell in love, many times over those four years, there was the perfect song for someone passionate about a woman: You fill up my senses... (Annie's Song) Not hard to sing along with if you drop an octave.
It's hard to imagine it's been 14 years since John Denver's plane ran out of fuel and his voice was lost to the world. At one time his album An Evening With John Denver was the biggest selling of all time. Of all his songs the one I love the most on this album is: Grandma's Featherbed.
Today on the anniversay of that tragic day his Windstar foundation in Colorado is hosting an open house and auction to continue his work. 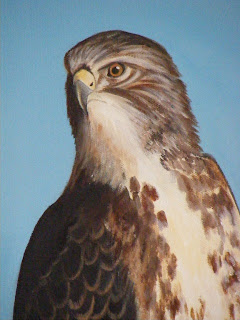 John Denver is one of the celebrities that purchased a painting from Anne Littlewolf. She recently did a John Denver collection of paintings based on his songs, and Windstar accepted them for their auction. Over the next month I'll put on the paintings on my heading. I've started with Portait of a Hawk.

Bruce has a post concerning Israel, here's my take:
Israel: A militaristic state surrounded by enemies outnumbering them 10/1. Yes they are a democracy, but their only weapon of survival is keeping those surrounding them in fear of their military. It worked in 1948 when they created their country. They used their armed forces to good advantage in 1967 and defended it well in 1973. Since then no single country around them has tried to invade them and they are on the defensive against terror attacks. Their only real chance of survival is to increase their population, which they've done by birth rate and taking in Jews from Eastern Europe, and then slowly driving out the Palestinians with settlements in the occupied areas gained from the 1967 war. The U. N. can recognized Palestine as a separate country, but slowly and surely Israel will shove them out and fill up what they conquered. The stubborness of the surrounding countries refusing to admit them as refugees is delaying Israel's success, but won't stop it. This will not be a process for the squemish and hasn't been since the British left and the whole mess got started.
Posted by P M Prescott at 9:01 AM No comments: