I think this could be titled Noah, The Man Without a Clue.
As a blockbuster movie I think this ranks about even with John Carter. I happen to like both of them. Okay I admit it, I liked Noah as entertainment, as having first class CG (especially when they showed the planet covered in hurricanes), a decent story and morality play. That said here's my take, drum roll if you will...
Weaknesses:
Strengths:

The Way We Were, flop or a hit?

One of my wife's and my favorite movies. Recently we watched it again, and afterwards we watched the bonus dvd with an interview on the making of the movie.

Sydney Pollack said something that hit me as a writer. He said they had a viewing of the movie on Friday night and it was a flop. The people hated it. He cut two scenes and on Saturday night it was a hit. They showed the first scene cut and I agreed with it because it didn't advance the story. The second scene he cut was brutal, but necessary to make the movie a hit.
If your familiar with the movie ( and I don't have the patience to write a summary) Hubble and Katie get divorced because Hubble sleeps with his past girlfriend (played by Lois Childs)
That's not the original reason for the divorce. The scene that is cut has Katie being named a communist to the House Un-American activities committee by a former boyfriend played by James Woods. Hubble is the writer of a novel being turned into a movie and he would be blacklisted in Hollywood for being married to a communist. Katie divorces him not because he was unfaithful, but to save his career. It was an act of love, not spite.
Pollack said the audience wasn't ready for that kind of ending. It was a bucket of cold water at the end of romantic movie. Forty years later he's been proven right. It's still a big movie and made lots of money.
As a writer he cut the guts out of what the author was trying to get the audience to feel. This was the theme, the message, what he wrote the whole story for in the first place. He intended that bucket of cold water to wake up a complacent public to how witch hunts like congress did back in the 1940's and the senate of the 1950's destroyed people's lives.
After this movie other movies and TV shows were made on the Hollywood blacklist, but none of them had the impact that this movie would have made, but marketing killed.
Posted by P M Prescott at 2:35 PM 2 comments: 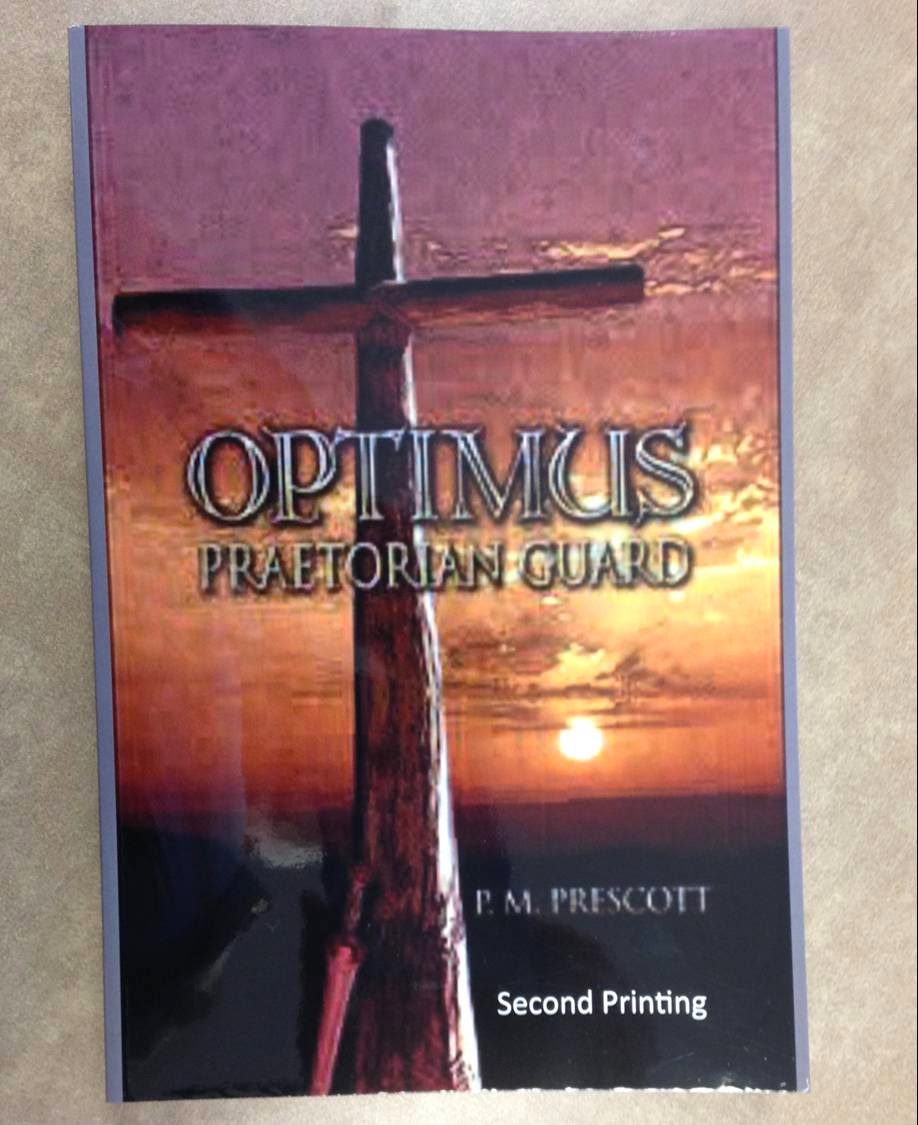 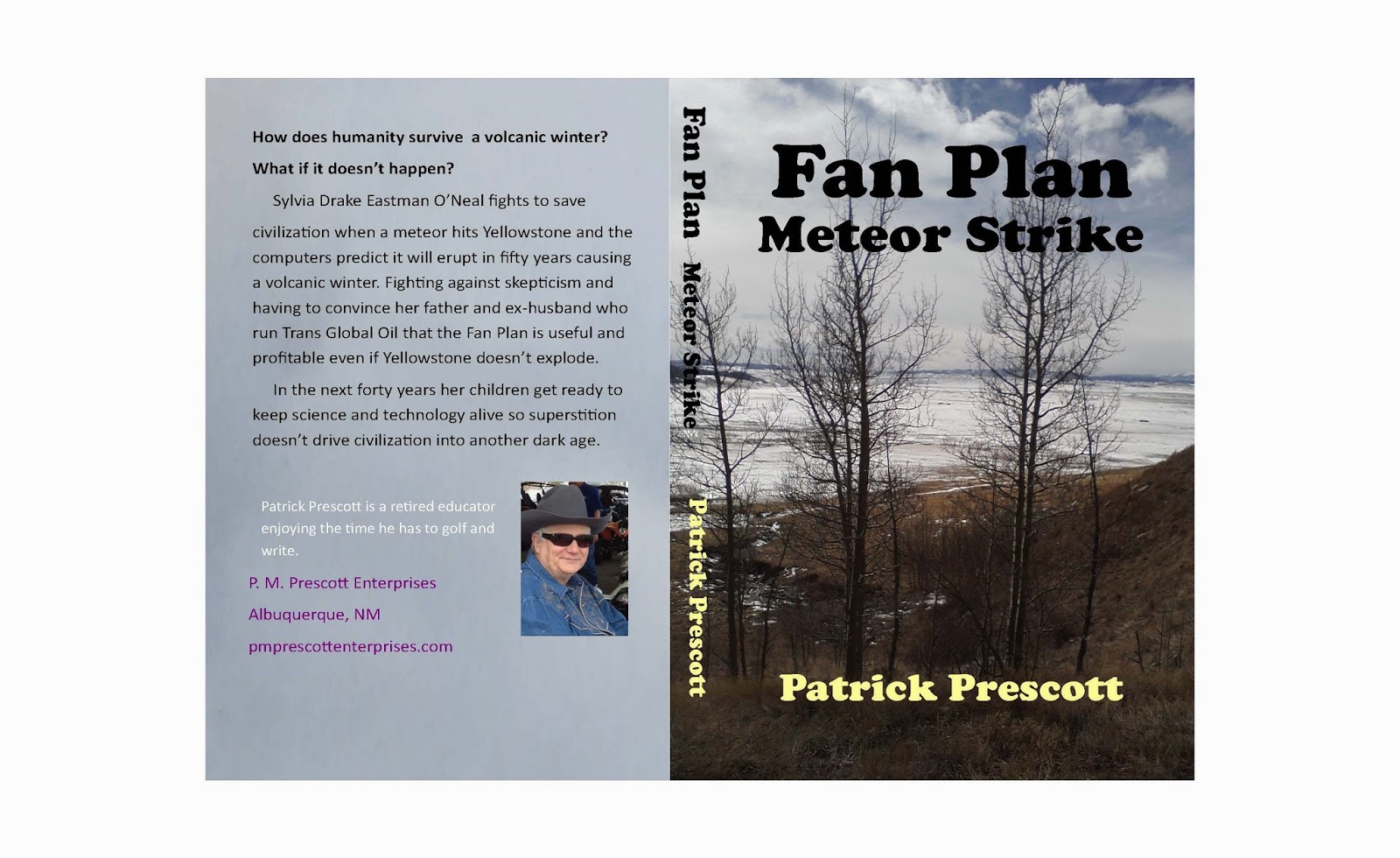 This is my other book now in print and at amazon.com as an e-book for .99. The first of a trilogy about the impending explosion of Yellowstone.
This tells the tale of the Drake/Eastman dynasty from the 1920's to the 70's 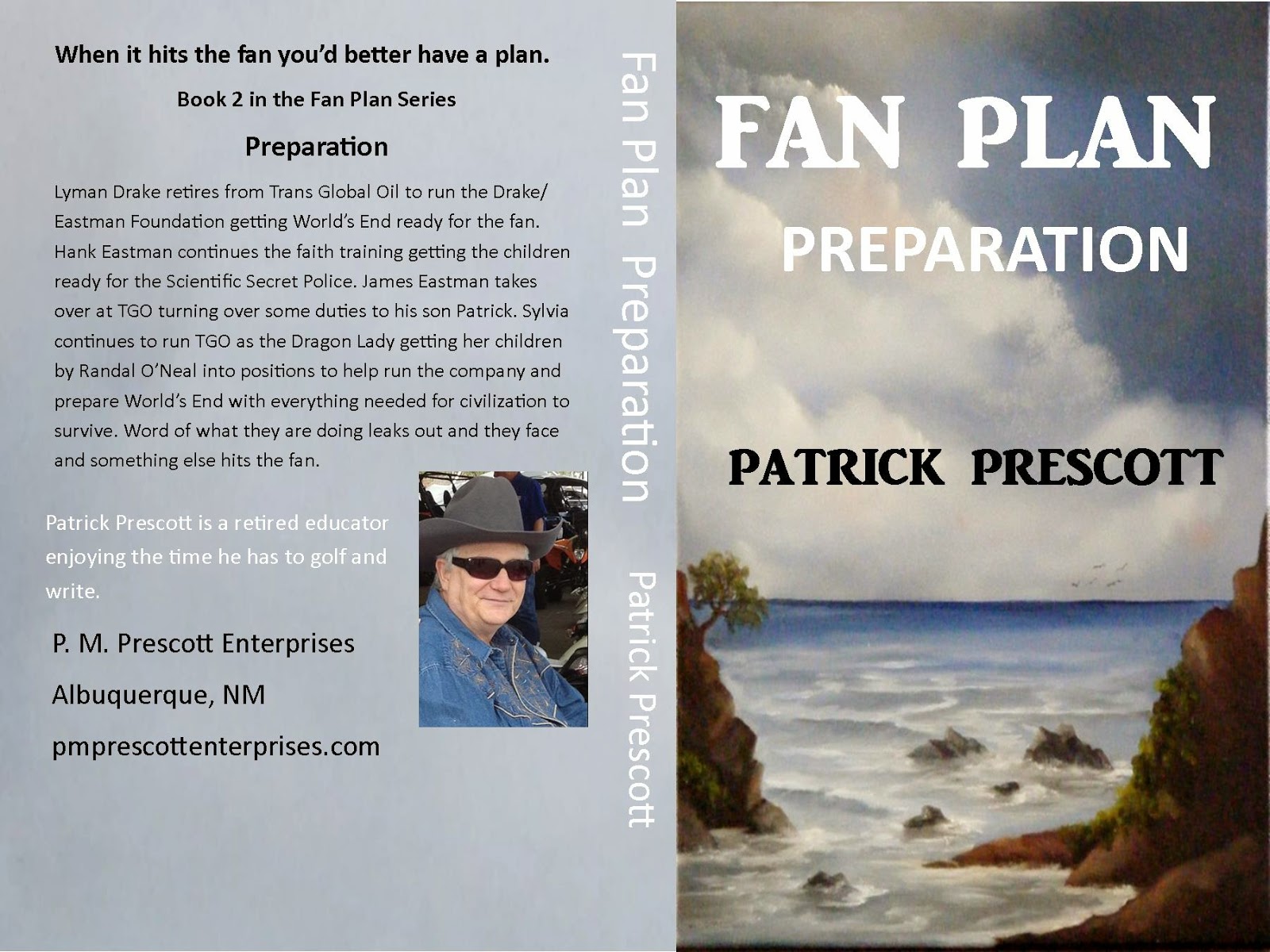 This one's not in print yet, but it is available at amazon.com as an e-book for .99. This is the continuing saga of the Drake/Eastman dynasty getting things ready for when it hits the fan.
Their motto: When it hits the fan you'd better have a plan.

Still working on Fan Plan Countdown it will be out shortly. The third and fourth generation of Drake/Eastman/O'Neals await the day when it hits the fan and the scientific secret police are being prepared to preserve civilization against superstition in the aftermath of the fan.


I'm going to revise Vander's Magic Carpet, Human Sacrifices and a compile a few of my short stories into an anthology. Now I have a printer and I can publish books that sell around ten dollars it will be worth my while to start doing book signings again.

My problem is that while I'm doing all this revising and getting books ready to print it leaves little time to write new stuff and I have got to get busy on the Stephanus, the sequel to Optimus.
Posted by P M Prescott at 2:09 PM 2 comments: