The Revival and Other Stories 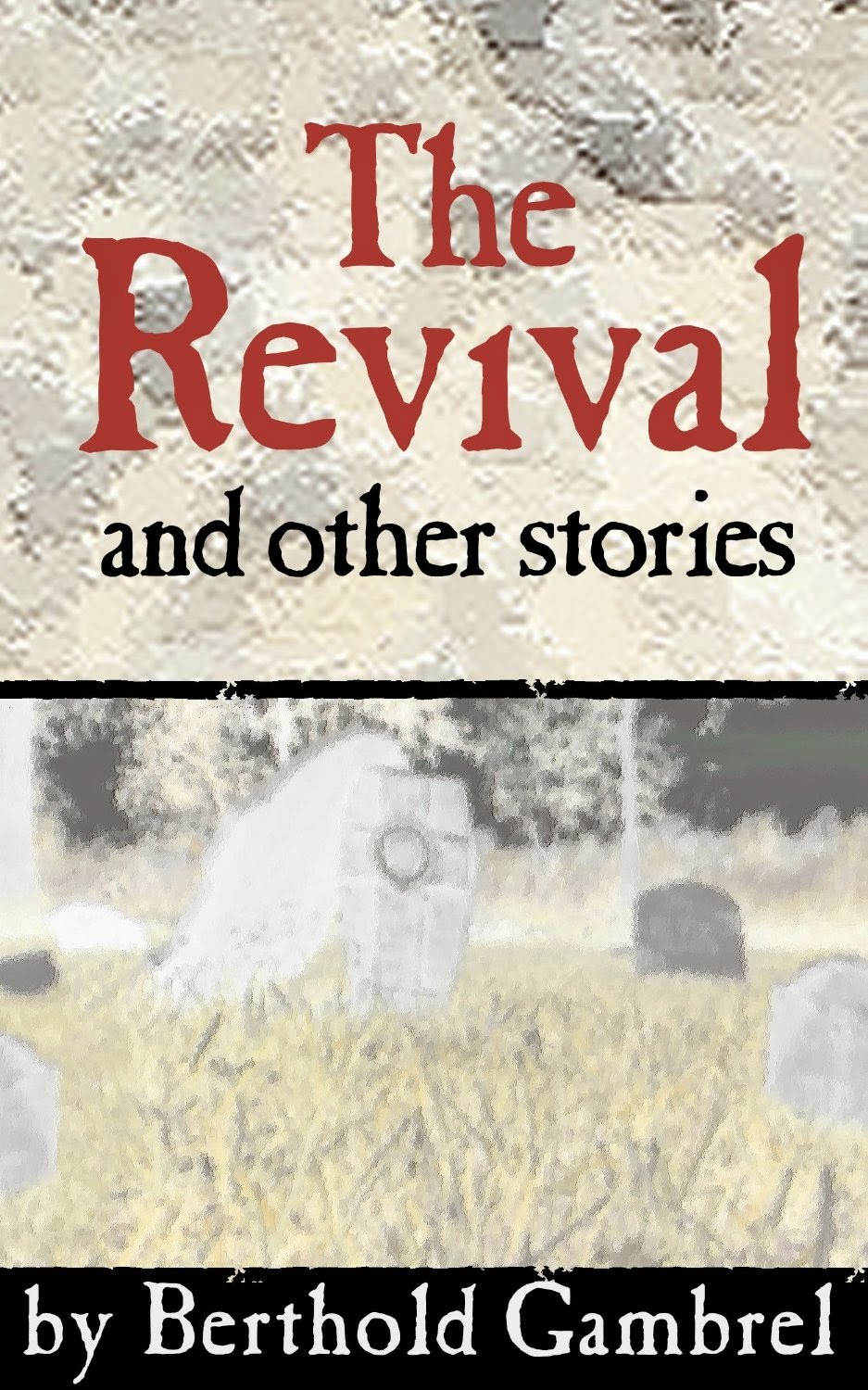 A blogger friend published his first book. I bought it at Amazon for my kindle. It's only 60 pages with six short stories and a final poem. I promised him a review, which I post at Amazon and now a more detailed critique.
As a writer I want people to tell me what they think of my writing, but all I get is superlatives because they are afraid to either tell me they didn't read it or don't want to hurt my feelings.
A fellow blogger, no longer blogging did a bang up review of my first book right after it was published and it is still deeply appreciated. I wish I could get some for my other novels as even if the words hurt, they make the writer stop and think about how to improve his/her work. With that said, here goes:

Of the six short stories the first five have a good premise, and offer suspense, but little beyond that. If Gambrel is shooting for horror he's a little short of the mark, not that the stories couldn't be revised to instill a better sense of dread, creepiness and even fright. The beauty of e-books is that you have do-overs. I've published a number of my stories and after a little time do a quick re-read, find mistakes, correct them and republish. Can't do that with the printed word.
Here's my thoughts:
Gambrel states in his blog that he found criticizing others work is much easier than trying to write it himself. Good self realization and with an open mind he'll become a fine author as the plots of the stories are solid. I'm going to speak about the first short story as the problems in it are reflected in the next four.
They are the skeleton of the story. Its bones are there (plot), but blood (dialogue), flesh (description) and skin (polish) are missing. In short he tells the story instead shows the story. In Griffinfield Cemetery two boys go into a mausoleum and find a tunnel which leads to a house where they witness something horrible that haunts them the rest of their lives. A good premise, but by using only narration in first person the story is flat. Two boys daring each other to do something creepy would be talking their heads off. It needs dialogue. The tunnel is described as creepy (don't want to give away too much), what's missing is touch, taste, smell, the senses that get the reader to feel the story other than what the narrator is seeing. The two boys in their dialogue could provide this. When they raise the trap door and see what's happening only their reaction is told, not what they see. Gambrel led the reader up to this point and without giving the reader a clear picture of what scares them and haunts them the rest of their lives makes the story pointless. (Sorry if that's a little harsh). As they're being chased down the hall there needs to be more drama, nearly being caught, having shirts ripped off, stumbling something to draw in the reader giving a sense of danger and panic. Mystery Man I hope this is helpful.
The other four stories suffer from the same problem of telling, not showing. Good skeletons with a little work will make fine stories and when fully fleshed could become novellas or even novels by the time they're done.
The last short story: The Quarry is a prime example of what I've been talking about. It has dialogue, it shows more than tells. It's very well done, maybe a little more of the senses like smell and taste, but otherwise a really good story.
The poem is well done, one piece of advice on poetry: Center it instead of using full page. The eye recognizes it as a poem and you pick up meter and cadence easier.

Overall this is a very good first try and I recommend my few other blogger friends check it out and post a review at Amazon to help Mystery Man out.
Posted by P M Prescott at 10:25 AM 4 comments:

To Had or not to Had

When I first published Optimus: Praetorian Guard my wife proofread it and since she's an assistant editor of a state religious weekly paper and spent thirty years doing nothing but proofreading I was reasonably content with it being grammatically correct.
When I started attending writer's workshops I bought a book by one of the local authors entitled: Revising Fiction Making sense of the Madness. When Kirk Hickman was plugging his book and trying to get us to attend his workshop he offered one piece of free advice. "After you're through writing for the day go back over it and delete every 'had' that is not needed."

I was reading a book at the time which was really good except it read slow and  would get bogged down. I thought I was losing my ability to concentrate and was a little worried.
After hearing this advice a light bulb went off. Here are some examples from A Week in the Life of Corinth by Ben Witherington III with my corrections.
The captain had offered the morning sacrifice.
Niconor had seen enough sea voyages for a while. His poor stomach felt like it had swallowed half the Adriatic Sea, which he had just crossed on his way back from Roma. He had fallen (fell) into a pattern of only eating later in the day from the stock of dried fish he had brought with him from Roma.
That's just the first two paragraphs. Only in one sentence the use of past perfect tense didn't bog down the reader.

When I purchased the publishing rights to Optimus and started editing and revising it to release as an e-book the first thing I did was get rid of all those unneeded "had" this and "had" that.
I revised a number of my other novels, the beauty of e-publishing letting you repost after cleaning up your mistakes. I find myself after I had just finished writing something that I had thought was the best stuff I've ever written having to go going back and getting rid of the writer's form of space filler, the dreaded superfluous "had."
The point here is that grammatically those sentences are correct and editors of major publishing houses give author's the liberty of using this style, but if you want your work to read smoothly and easily take out the linguistic speed bumps. 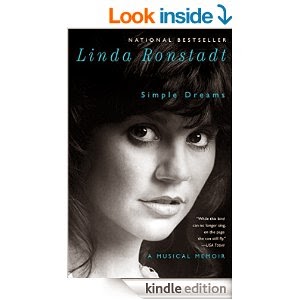 I have always been a Linda Ronstadt fan. When I was fourteen and came down with strep throat I was stuck home for five days with nothing to do but listen to the local rock and roll station. The one song I remember to this day from that time was Different Drum. I still love listening to that song.
She held a concert in Albuquerque on a Halloween night and the newspaper writeup mentioned she came out dressed like a skeleton. I was recently married and money was tight and couldn't attend and she never came back to our little town.
I've listened to many of her albums over the years and now they're on my cell phone so I can hear them off the Bluetooth while driving to work, around ten hours total. I include her Trio albums. I really like her What's New with Nelson Riddle. Those songs bring her voice to life.
I just finished reading her biography on my Kindle and found it fascinating. It filled in some gaps for me. It seems after she recorded What's New and then Canciones de mi Padre it was like she disappeared at least off the radio. I didn't know she recorded two more albums with Nelson Riddle and two others in Spanish or toured with this music.
I enjoyed reading about her growing up in Tucson since that's where my eldest grandson lives and was reading this book while my daughter was driving as we picked him up and brought him back for Christmas. She mentions the Saguaro Cacti, but it was funny as we were driving through the Saguaro National Park that you couldn't see any. When we drove through there 12 years ago they were in the median and all over the place from Wilcox on, what happened to them? In the city I saw lots of them, but not off of I-10.
Posted by P M Prescott at 9:52 AM 4 comments: