How much do you decorate for Christmas?
A. The whole enchilada: Outside the house lit up like a flood light, christmas tree, stockings, wreaths, etc.
B. Medium: Some lights outside, tree and stockings.
C. Light: Just indoors
D. Zilch: as little as possible
I'm a medium sort of guy. The other guys can run up a huge light bill.
Posted by P M Prescott at 2:39 PM 2 comments:

Have a safe weekend

Well wishes to all my readers for a fun and safe weekend.
Wife and I are planning to see the Harry Potter movie sometime this weekend. The kids are going to see it while we watch the grandkids. Other than that we're staying away from the crazies battling for goods that will be half the price in a few weeks.
Posted by P M Prescott at 4:37 PM 2 comments:

I've sent off my manuscript of Human Sacrifices to a publisher that deals mostly in e-books. Now I'm waiting to hear back from them.
Posted by P M Prescott at 4:40 PM 2 comments:

In Need of Prayer

My friend Russ and his wife are in need of prayer. Please be kind a leave a comment of support on his blog.
Posted by P M Prescott at 8:57 AM 2 comments:

What 5 songs that if you hear them you can't get out of your mind?

4. Are You Lonesome Tonight - Elvis

2. Do You Hear The People Sing? - From Les Miserables

1. Oobla Dee Oobla Da - The Beatles This one drives me crazy!
Posted by P M Prescott at 8:40 AM 2 comments:

Name five of your favorite Manly Men from TV, past or present.

Now it's up to my readers to comment and leave yours.

A few months ago I was given a book to read as a part of my legal assistance job. The book was about the importance of opening statements in trials. Hollywood seems to think trials are won in closings, but this books premise was that trials are won in opening statements.
The theory behind the premise is that people usually make up their minds quickly no matter how objective they claim to be, and that once a person has made up his/her mind concerning guilt or non-guilt it becomes very difficult to change their minds.
This was preamble as a way to explain why the general public seems to be so gullible on certain issues and why control of the main stream media is so important to dupe the general public into starting wars and voting against their economic interests. When the truth comes out it doesn't matter for the general population their minds are made up, don't confuse them with facts.
Children grow up in religous schools being told that evolution is a hoax and the world was created in six, twenty-four hour days. It becomes very hard to change their minds on the subject after that. The media declares climate change to be a hoax and the rubes eat it up no matter how much evidence to the contrary.
Thought control doesn't take brute force, just quick lies told as truth. How else do you explain the demogogues that have our governments by the throat.
Posted by P M Prescott at 10:21 AM 4 comments:

I've finally feeling human. Had a cold for the last two weeks. I'd start feeling good for a day and then it would rebound. Yesterday was the first day I didn't feel like a zombie. I need to get back to working on my newest novel I didn't have the energy to do any typing, but a few plot points have popped into my head.
Posted by P M Prescott at 6:50 AM 4 comments:

HBO has been running a mini-series ostensibly about prohibition and gangsterism, but what I've seen so far is a political boss who gets into the rum running business. That gangsters are in embryo form at this point in the story line.
There's this great scene where boss Thomson has given money and a job to a widow, whose husband he had killed, and she asks him what he wants in return. He looks at her and says, "I want you to vote Republican."
As evil and corrupt as bossism was it was based on a quid pro quo. The boss found people jobs, places to live, health care, etc. It was chump change compared to the money they got from the kick backs and bribes their guaranteed votes garnered. The secret ballot helped end most of the excesses of bossism. The New Deal's social safety net took a lot of what the bosses doled out in favors to benefit everyone. But when all was said and done the people who sold their vote to the boss got something in return. Maybe it wasn't much, but it was better than nothing.
Today bosses don't have to help the people. They deceive them by advertising. They don't have to mingle with the little people, buy up all the media outlets, get your message out and make a fortune in campaign spending from both sides at the same time.
As horrible as it was for the Supremes to open the cash drawers of corporations on political spending, the real democratic disaster was when the FCC dropped restrictions on who could own more than a small percentage of radio and TV stations. We no longer have local Boss Thompsons. King Rupert Murdock rules America, lock stock and entertainment.
Posted by P M Prescott at 12:22 PM 5 comments:

We're stuck with another governor veto, but only lost one congressional seat. I'm sure she'll invite the mouthpiece from Alaska to hunt wolves from helicopters down here to piss off environmentalists.
Hats off to Russ Sype for working tirelessly for Martin Heinrich the past two elections as a volunteer on the technical side.
Jimmy Carter in his interview with Bill Maher last week said he thought if the Republicans take control of House they'd have to start being responsible. I thing he's been a great former president a wonderful humanitarian, but is a lousy politician and even worse historian. Since 1994 the last thing the Reptilians have been is responsible. They have made an art of blaming everyone else for their mess and this election is another prime example. As Paul Krugman says, "It's always heads they win, tails you lose."
Posted by P M Prescott at 9:05 AM 4 comments:

At last the political ads will be over. The crying begins. Watching anything but network TV tonight to avoid all the dipsticks chattering away about nothing.
Posted by P M Prescott at 5:20 PM 2 comments:

Oh to be Val Kilmer 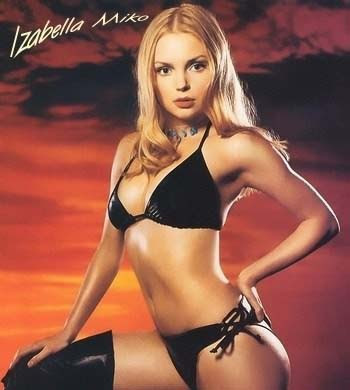 While trying to get over the cold this weekend I watched a lot of late night TV. Caught a movie entitled Double Identity with Val Kilmer and this lovely lady. Shazaam is she gorgeous. New Mexico resident, Val Kilmer is my age which means he's old enough to be her father. It must be nice to be an actor and still rate beautiful women like this as a love interest. Maybe that's why Hollywood keeps casting older actors with the twenty-somethings: so old farts like me can dream...
I forsee many more movies with this heart stopper.
Posted by P M Prescott at 6:34 PM 6 comments: