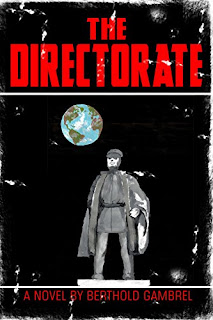 PS, I've submitted a review on Amazon, but it might not show up. You mentioned me in the book and when one of my reviewers I mentioned in another book his review of Optimus was removed. Amazon is getting picky on reviews.
Posted by P M Prescott at 9:41 AM 2 comments:

Here's a few authors I've discovered on Kindle that I've liked and recommend to my few remaining readers.
.
1. Tony Roberts:
A. Best author I've come across since Harlan Ellison. He's continuing the Casca: The Eternal Mercenary series. He puts out one a year and takes about a day to read. His historical settings are accurate and descriptions of battles interesting.
B. His Chronicles of Kastania series, (now up to book 5) is his crown in glory. I don't know how he has a fictional empire with enemies on all sides and traitors within and can make every character from diverse backgrounds unique and come alive. He has a race of witches that I find most intriguing. I dub them sexual amazons. I devour these books and long for the next one. Just as Isaac Asimov used the Roman Empire as the basis for his Foundation series of books. Roberts is recreating and in many cases explaining everything that went on in the Byzantine Empire. An absolute don't miss series of books.
C. Chronicles of Faerowyn series. This one is more like Tolkien. It has light elves and dark elves, humans, trolls, monsters etc. It's now on its third book and immensely enjoyable. The main character is Faerowyn, a half dark elf and human on a quest to find her father trailing his bread crumbs to take over the clan and reclaim the crown of the dark elven kingdom. It sound rather simple, but like all great quest stories the journey is filled with lots of excitement. This is the best pure fantasy series of books I've read in a long long time.
D. Siren Series. So far 2 books, but number three is in the works. This series caught me by surprise. It's so totally different. It's about an actual British rock band and tells their story from inception to the lead singer's collapse and near death. The third book is eagerly anticipated to find out what else happens.
I don't know how he does it, but he's churning out four books a year and all are first rate. I hate to admit it, but though the quality of his Casca books is not an issue, but with nearly 50 books in the entire series and he's written nearly half of them, they all pale in comparison to his other works. It's not the writer just the Casca series is becoming dated.

2. Olan Thorensen: He's come up with a series of books adding elements of Twain's A Connecticut Yankee in King Arthur's Court, James Clavell's Shogun, and Barry Sadler's Casca: The Eternal Mercenary. Which is quite an accomplishment.
The main character is Joseph Colsco, who is on a plane to give a speech on chemical engineering. A vessel from mysterious alien's called watchers collide with his jumbo jet and he's the sole survivor. They patch him up, using nanotechnology, and since he can't go home as he knows too much they maroon him on a planet in another galaxy. The watchers tell him that another alien race have over the centuries relocated humans to this planet so he won't be lonely. The technology on the planet in around the 1700's making his knowledge of technology a useful way of surviving, just so long as he doesn't run afoul of their religion and get burned as a witch.
He placed on an island being invaded by an evil empire from the nearest continent and I don't want to spoil the rest of the story. There are four books so far. They're well written and kept my heart pounding on numerous pages.

3. William D'Arand: If you're into gaming, this may be a good series for you. I'm not much of a gamer other than exercising with Wii.
1. He has an Otherlife series. I've read the first book and it was intriguing. Kind of like Tron, and the holograms of Star Trek series, Runner, the main character, is on long voyage and the crew get trapped in their game. He has no memory and he has to rise in class to get some of them back. He's able to access a portal that gives him his status and then fights various elements to gain points. He's the only officer left on the vessel and his quest is to rise enough in levels to regain the password to control the game and save the ship. I read the first book and am willing to read the others, but they aren't available on KDP for free. A number of authors do this, they tease you with the first book and then expect you to pay for the others. It has to be a super duper great read really waning me to read more before I'll do that, and this series doesn't fit that bill.
2. Super Sales on Super Heroes: This isn't about gaming, but the pup up windows with different abilities is similar. Here abilities are bought with points accumulated in various ways.
The society has super heroes and villains. A super villain has taken over a city and has destroyed most of the heroes. Most vices are legalized and slavery is legal.
The main character is Felix, who has a small ability of being able to change objects. He's managing a fast food restaurant and wants to rise up so he tries to buy something he can change into gold. He buys a near corpse of for super hero. His ability lets him restore the hero to life, and then he goes out and buys more. It gets really interesting when he buys and restores a beastkin that's a werewolf that can transform into numerous incarnations. Fortunately the second book was KDP and it gets even better. Waiting for the third one.