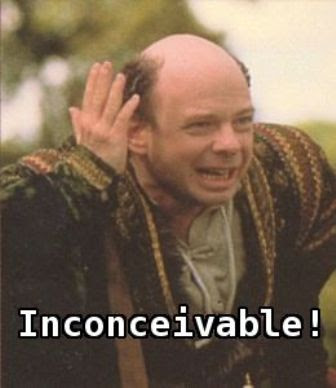 Sung to the tune "Unforgettable"

Inconceivable that our country would stray so far...
Inconceivable that people could be so blind...
I was thinking today about all the things over the past years I thought would never happen and did:
Posted by P M Prescott at 7:34 PM

Yogi♪♪♪ said...
This comment has been removed by the author.
9:20 PM

I'm with you.
I feel totally scammed. I was behind W on the invasion of Iraq. I was convinced that Iraq had chemical and biological weapons and was ready to use them. Was I ever fooled.

Thanks for your support.

PM: I willingly agree that Limbaugh and Beck should be removed from my field. They are using broadcasting as a weapon and do nothing to encourage dialogue. Both parties are guilty of this unending bashing of one another when we should be seeking common ground as Americans. Sarah Palin is terribly misplaced and I cannot understand the fascination with her unless it comes from the guys who fill out surveys in Maxim magazine. Good looks do not equate to having a fundamental grasp of the issues. People defend her. I am more practical. She is not competent. Forgive my ungentlemanly manners here. I do not seek to anger those who support her. I am merely being honest. She has a right to free speech but holding office requires hard hitting experience and a selfless desire to serve others.