I Googled myself the other day. Sometimes not a good idea. Not one mention of my book. I found out that a William and Patrick Prescott (ages 23 and 21) were arrested for aggravated battery in Idaho. My son googles himself and finds a Nobel Prize winning economist.

I did find this further down the family tree. 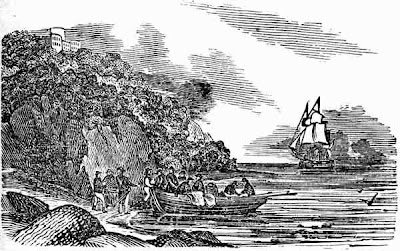 CAPTURE OF GENERAL PRESCOTT.
THIS capital exploit of Colonel Barton took place on the 10th of July, 1777. The British general, Prescott, was commander of Rhode Island, and had bis head-quarters on the west side of the island, near Narraganset Bay, about a quarter of a mile from the shore, and at some distance from any body of troops. He was but slightly guarded, trusting chiefly for security to the numerous cruisers, and to a guard-ship, which lay in a bay opposite his quarters.
Colonel Barton, at the head of forty men, officers and volunteers, passed by night from Warwick Neck to Rhode Island; and although they had a passage of ten miles by water, yet, by keeping near the land, they eluded the vigilance of the British ships-of-war and guard-boats which surrounded the island. They conducted their enterprise with such silence and address, that, about midnight, they reached the general's quarters undiscovered, secured the sentinel, surprised the general in bed, and, without giving him time to put on his clothes, hurried him on board, with one of his aides-de-camp, and conveyed him safely to Providence. This event was very mortifying to General Prescott, and to the royal army; but occasioned much exultation among the Americans. Hitherto General Howe had absolutely refused to release General Lee, but he soon agreed to exchange him for General Prescott; and General Lee again joined the American army.

On a lighter note I found a Hooters Calendar. 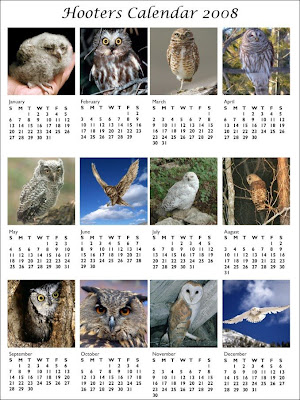 now why were you gooling hooters??? my husband would have been really disappointed had he googled hooters and that came up. lol

Send me your e-mail address

p m: I tried this too and discovered why CNN mailed me a Holiday Card addressed to "Father Michael Manning"! Your reading list is quite rich!!