This weeks Top Ten Tuesday is books on my TBR list.

Highland Abduction by Keira Montclair. This is the second book in a series of nine named the Band of Cousins. Set in 1300's Scotland, it's similar to Outlander  without the time travel. I enjoyed the first book and am looking forward to this one. 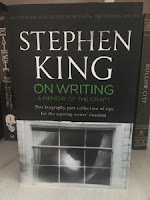 On Writing by Steven King. It's high time I get this and treat it like my writing bible.

Dark Path by Melissa F. Miller. I've read the first few books in Miller's Sasha McCandless series  and  We Sisters series They are good legal thrillers and mysteries. This is the first in her Bohdi King Series. The first or first few books in the series are available on unlimited, but then she wants five bucks for each e-book for the rest of the series. When she has from 9 to 12 books in each series that gets a little to steep for me. 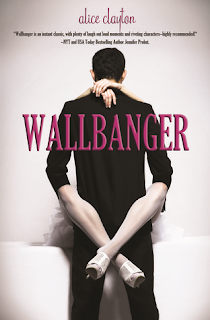 Wallbanger by Alice Clayton. The cover intrigued me. I purposely didn't read the synopsis, hoping the main character's name is Harvey.

When We Believed in Mermaids by Barbara O'Neal. The title grabbed me on this one.

Red White and Royal Blue by Casey McQueston. I've seen this on a number of lists over the last few months and I'll give it a try.

Arch Enemies by Marissa Meyer. Cover and title caught my attention and it was mentioned on a number of posts on this weeks TTT. 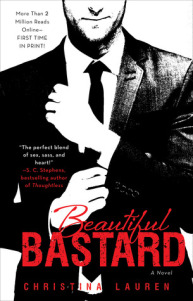 We are the Dead by Mike Shackle. Mentioned today and it sounds right up my alley.

I suspect you'll really like On Writing. It's something I need to reread sometime, too.

I guess all writers need it, just get intimidated by King. Thanks for coming by.

Nice list. On Writing was superb, but I could have done without all the cuss words. Red, White & Royal Blue is one I would like to read.

Thanks for visiting my blog today.

I hope you enjoy On Writing! It's still probably my favorite book I've read about writing. I want to try Red, White, and Royal Blue, too, after seeing so many people love it. You've got a great list of books here!

That's quite a varied list! I hope you enjoy the books when you read them.

I loved that CL book! I hope you do, too!

Didn't know a book like On Writing would need obscenity. Nice to know, Cheryl. Thanks for coming by.

Glad to have you come by Sammie.

I hope to, Nicole. Thanks for coming by.

Glad to know there's one reader than likes it, Deanna. Thanks for coming by.

This list has such a variety of books. I've also been interested in Stephen King's On Writing. I hope you enjoy reading all of these!

Wallbanger was a fun read! I have a few of these on my TBR, too. Hope you enjoy them all!!

Holliehocks, I love those flowers, have them growing during the summer. Thanks for coming by.

I will when I get to it, a number have praised it, Ali. Thanks for coming by.

I hope you enjoy/get a lot from King's On Writing, I thought it was really interesting.

Jessica, I haven't bought it yet. It's on the list. Thanks for coming by.