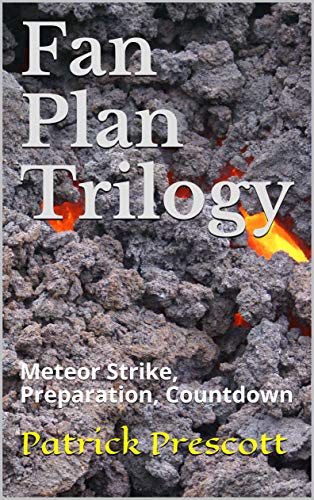 Berthold Gambrel wrote a review on his blog that helps explain the story.

When a meteorite hits Yellowstone in 1965 the computers of Trans Global Oil predict the super volcano will erupt in 50 to 100 years.

Unlike others who know this TGO decides they will create a foundation that will build up a fund to save civilization. They call it the Fan Plan, because when it hits the fan, you have to have a plan.

For the next three generation, up to the election of Trump in 2016, Trans Global Energy (name changed when they dropped oil due to fracking), has an island in Hawaii named World's End which will be the refuge of the family when it hits the fan.

They are building a Scientific Secret Police. When the volcanic winter is over, the SSP will stomp on any religions asshole that wants to blame God for what happened and drive civilization back to the stone age.