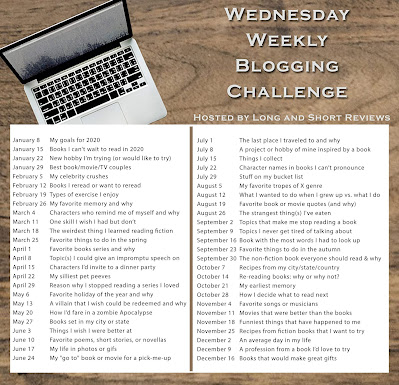 This week is a book or books where you had to look up the most words.
My college professor, Mrs. Carter, in American Literature cautioned us when reading Emily Dickenson's poetry that "She wrote with lexicon in hand." It wasn't hyperbole. 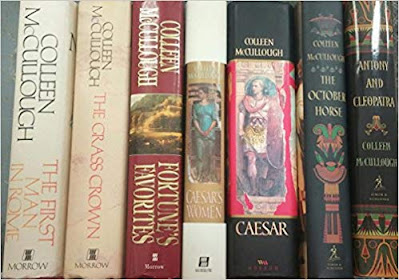 Each book in the First Man in Rome series comes with a glossary at the end. Read it first. So much of the terms and Latin words and town names are explained there. Even after reading the glossary while going through the story I would check on some words and town or province names. 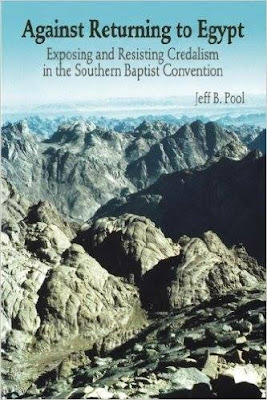 A fellow Wayland graduate, a couple of years ahead of me. He was a professor at Southwestern Baptist Theological Seminary and fired as too liberal when the fundamentalists took over. This was his response. Typical professor using a ten dollar word when a fifty cent one says the same thing. 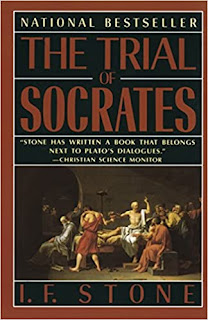 This book is another one where the author is impeccably impressed with the longitudinity, magnitudnity and importnatudnity of his own verbosity.

I also hate it when the author writes pages on the nuances of a foreign language word by bloody word of a sentence. He makes his case on Socrates's reasons for staying and dying instead of going into exile. I always assumed it was to get away from Xantippe's nagging tongue.

You read higher toned books than I do. I became a Baptist in the mid 1980's and it seemed that their culture wars on inerrancy started right away and got increasingly vicious and have not stopped. Kind of a predecessor of what our country is going through.

OMG those Colleen McCullough books had me reaching for a dictionary before i realized they were indeed. She was an amazing researcher for this series, but I have to admit, much of the writing felt dry to me. Maybe it was all those 5 dollar words and phrases!!!

Wow, you thought of a lot of answers!

I haven't thought of the First Man in Rome series in ages, but I believe I read some of them many years ago. Yes, they definitely required a dictionary for sure.

Emily Dickinson's poetry is beautiful, but I've often wished I could sit down with her and ask her what she meant by some of it. She had quite the mind for sure.

That's alright, Peggy. At least you read them.

Glad to know you read them too, Lydia. It would be wonderful to sit and have tea with some of our favorite writers.

I haven't read any Colleen McCullough books, but my mom read and enjoyed them. I actually have a few on my TBR list to read someday.

Nice to know, Tricia. Thanks for coming by.

Well, I haven't read any Colleen McCulough books, but reading your post had me grabbing my well-worn dictionary. Thanks for sharing! Here's mine. https://www.tenastetler.com/lsrs-wednesday-weekly-blogging-challenge/

Tena, we all need to one handy. Thanks for coming by.

Those are way above my normal reading, but good to know when I do read them to have a dictionary close. Thanks!

Thanks for coming by, Megan.

Excellent choices! Yes, I can see where the desire to sound as erudite as possible would force a casual reader to keep an open dictionary near at hand. Thanks for coming by earlier!