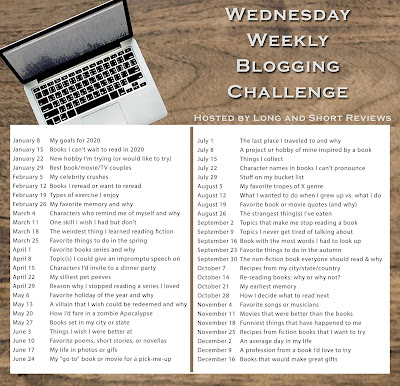 I’d say it’s how many authors that write historical fiction have no knowledge of the time period they are writing about. Here’s some examples:

Found in a religious bookstore, a book about the fall of Jerusalem in 70AD


·       The doors to the temple were made out of mahogany. Wrong, Cedars of Lebanon dummy, read your bible. Mahogany comes from South America.


·       Introduces Flavius Josephus before the revolt in Jerusalem. Youseph ben Youseph didn’t change his name until spared by Vespasian after he was captured at the battle of Jotapata.


·       A character says he’s from Saudi Arabia. That didn’t happen until after WWI. There was an Arabian Peninsula, but they were called Nabateans at this time.

Another book on the Vikings has them eating potatoes, six hundred years before Pizzaro conquers the Inca.

Food is the big giveaway in historical fiction as much of our diet today comes after Columbus. Potatoes, yellow corn, tomatoes, all types of chile, eggplant, sweet potatoes to name a few of the food from the New World. Sorry the Romans had pasta, but no tomato sauce for spaghetti. Yes, Romans had pasta, it was developed for long voyages aboard ships. Marco Polo only said the Chinese had noodles similar to the ones in Italy. 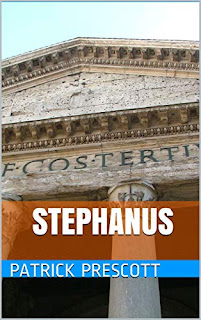 The sequel to Optimus: Praetorian Guard is now available on Amazon as an e-book for .99.

Yes you would, Lydia. I let Historical Romance slide a little bit, but when your passing yourself off as writing Historical Fiction the history needs to be right.

I've seen a lot of missteps like that over the years. And it's crazy because most of this stuff is so easy to double check nowadays. Great post!

Cool post. I would've totally glossed right over those points if I were reading. It never occurred to me to wonder about the doors. So go you for knowing it and thanks for pointing it out. I learned something right now. ;)

Researching food during a certain time-period is critical. I don't care if you're writing historical fiction or romance. Great post, Patrick!

With Wikipedia, it is, Aymee.

Glad to be of service, Megan. To someone who's love history all his life I'm a little touchy on the subject.

Thanks for your post Mary and agree with me.

Interesting post. Food is a dead give away. Huh? Thanks for sharing. Here's mine. https://www.tenastetler.com/lsrs-wednesdays-blog-challenge-3-18-2020-the-weirdest-thing-i-learned-reading-fiction/

Good points made here and I never thought about how wrong books are sometimes when they are supposed to be historical but are fiction. There has to be some sense of truth to them to keep the history accurate.

Kelli, you made some good points.

I thought that the Chinese invented noodles, though the Italians made them an art form. But I did know that tomatoes, relatives of deadly nightshade, were considered poisonous for a very long time.

Yes, if you're going to write a book set in a time other than your own, you really need to do some research. There are always experts that will be turned off your book if you make silly mistakes that show you didn't bother to look into the time period. We all need all the readers we can get!

Fiona,you want to see a fight, go to Italy and ask who invented pizza.

Unfortunately, this happens. My ex-husband is a WWII re-enactor. I hated watching movies with him because he'd constantly talk throughout the movie giving me a running list of all the historical details they got wrong. I don't even want to watch those movies anymore. Hollywood also has to do better with their research!

Tricia, your husband and I would get along.

It's so annoying when you come across errors like that. It really drags you out of the story. A pet peeve for a lot of us I think, Patrick.

Yes it is, Cathryn. Thanks for coming by.

I agree. I love historical fiction, but hate it when writers don't research it properly.