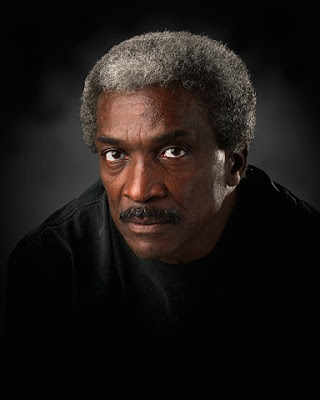 Today's challenge is: Have you ever met a famous person.

I posted a couple of weeks ago about Don Perkins passing away. He was an all-American football player at UNM and played for the Dallas Cowboys as at running back. He played in the days of Don Meridith, Bob Hayes, Bob Lilly, and Tom Landry, when the 'boys were new and had growing pains. He played in the Ice Bowl game, was out by the time of their first Superbowl win.

After retiring he moved to Albuquerque. He spent time reading the sports on a local channel, worked with high school religious clubs like Young Life and Fellowship of Christian Athletes.

My brother was the captain of the FCA at high school, I was in Junior high. He arranged for Don to come to our house and speak to the members of FCA. He forgot to tell Mom. When he showed up and Mom answered the door she was shocked to in her words, "See the biggest black man in my life."

This was the early sixties and Albuquerque was 50% Hispanic, 30% Anglo and the rest was black, Asian and Native American. My junior high and high school didn't have any blacks until I was a sophomore.

Bruce showed up with a carload of jocks just about that time.

I was also in Young Life, we'd meet at a house once a week, from our high school, usually on Thursday night. We'd sing songs, give testimony and pray. In the summer we'd have gatherings at a hotel banquet room with students from all over the city. Don Perkins came and spoke at a number of them and personally shook hands with everyone there.

I never asked him for his autograph, younger and dumber back then. 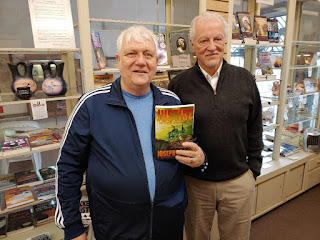 I've read all of Joseph Badal's books, he's a New York Times bestselling author that lives in Cedar Crest, the other side of Sandia Mountain. I bought two of them at Treasure House books in Old Town at his book signings. He writes spy thrillers similar to Tom Clancy. They are very good.

He also has a series of an ex-seal that's a doctor and has a drug lord that keeps trying to kill him.

Another is about two female detectives in Albuquerque similar to Cagney and Lacy.

The last person is only within Baptist circles and New Mexico politics.

Before I was a teacher, I was a music director at Edgewood Baptist Church. It's a spot in the road on your way into Albuquerque on I-40.

I was working at a car dealership flagging technicians after they finished a repair and doing warranty. I was also teaching the adult Sunday school class before services.

My very first Sunday as teacher David King and his wife chose to attend and join the church. They were opening a real estate office in the town.

He was the nephew of our then Governor Bruce King. He was working in the state cabinet. He was also the chairman of the Christian Life Commission of the Southern Baptist Convention. One of the most influential of all the committees of the convention.

To say the least I was a little intimidated trying to teach the lesson that day.

That's quite a selection!

That's pretty good. I have never actually met anybody famous. I've shook hands with a few authors and ran into and said hello some professional athletes. One time when I was flying back to Houston from Albuquerque I got bumped up into first class right across the aisle from Moses Malone from back in the day when somebody in Abq owned the Houston Rockets. I was shocked and said hi and said hi back and then we ignored each other the rest of the trip.

I helped marshall a hole at the 2007 US Open here in Tulsa. I never started a conversation with any of the golfers (as we were instructed) but some of them would say hi and chat while they were waiting for somebody else to hit their ball.

Yogi, Moses Malone! They're people just like everyone else.