This week's topic: The movie, TV show, book that most influenced my life.

The most influential book in my life is the Bible.

My life long study of the scriptures has been influenced by numerous books. Just reading the Bible is not enough. I read it cover to cover at age 15, that didn't make me a biblical scholar. Memorizing scripture doesn't make one an understanding Christian. It's a lifelong journey of faith. Here are some books that helped me grow and understand the scriptures: 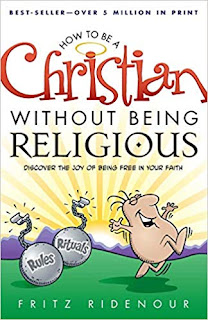 How to be a Christian Without Being Religious, by Fritz Ridenour. This is a commentary or study of the book of Romans in the New Testament. When the Moral Mafia says the Bible condemns homosexuality this is the book they reference. The only problem is they only mention the third and fourth chapters which list a number of sins. They omit Chapter 5 verse 1 Therefore, since we have been justified through faith, we have peace with God through our Lord Jesus Christ,
Also they forget Chapter 8 vs 1 There is therefore no condemnation...

The message of the book is the power of forgiveness and our faith makes us one with Christ. He does not condemn us no matter what that sin is.

This book opened my eyes the whole of Paul's message. 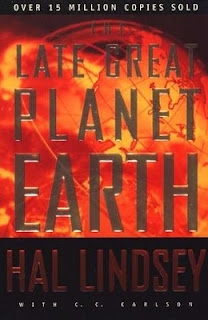 An interpretation of the book of Revelation. The most prevalent during the 20th century and the most heretical. When I left for college I would have preached out of this book. The only problem was that according to Lindsay the world would be destroyed in 1988. I think his math was off. Later the same interpretation was  developed into the Left Behind series of books, movies, video games, etc. There's big money in doom and gloom about the future. 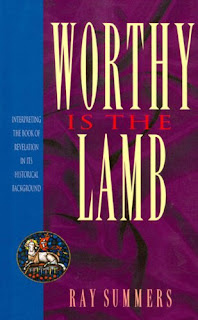 Worthy Is the Lamb by Ray Summers.

This is the book that broke me away from Fundamentalism. It's an interpretation of Revelation by understanding the time period it was written and the message presented to the people in that day.  How they understood the message. It's not about the total destruction of the world. It's about how to have hope and persevere during times of tyranny and religious persecution, which was what the Christians of that time were facing. 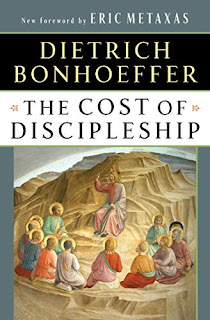 The Cost of Discipleship by Dietrich Bonhoeffer.

This is a really hard book to read and then try to apply to your life. The cost to Bonhoeffer was his life during WWII. It helped me grow in my faith, and gave me the strength to leave the Southern Baptist Convention and find a different denomination that believes in inclusion instead or exclusion.

I have incorporated my beliefs and growth in my novels: 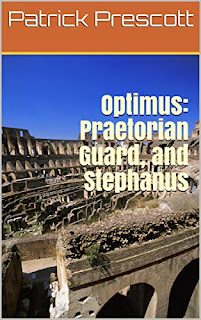 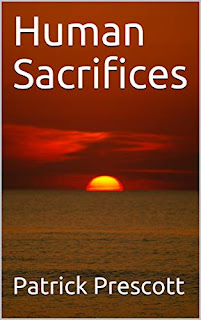 I remember the first two books - I need to check out Worthy is the Lamb. Thanks for the heads up. And Bonhoeffer is incredible. Thanks for sharing. My post is here: http://jhthomas.blogspot.com/2021/01/wednesday-weekly-blogging-challenge_27.html

I really love reading books about Revelation because it's such a crazy, confusing book. Thanks for your recommendations!

Judy, it's not cheap even as an e-book, but well worth the read.

Thanks for coming by Megan.

Glad you came by, Marianne.

This post reminds me of a saying my mother always told us children: "I don't let my Catholicism get in the way of my Christianity." I'll have to check out these books, Patrick. Thanks for sharing. :)

That was very good advice, Mary.

Interesting list of books. I too have read the bible cover to cover years ago, the book of revelations stays with me for some reason. These days its a bit scary. Thanks for sharing. Here's mine. https://www.tenastetler.com/a-book-movie-tv-show-that-influenced-my-life-lsrs-blogging-challenge/

Thanks for your honest assessment of the role of books in our conception and application of our faith. Very enlightening.

Tena, if you understand Revelation in context to the time period it's not scary. It's a book of hope and perseverance in adversity.

Thanks for coming by, Shari, and glad to have helped you understand better.

During high school in Albuquerque my brother and I attended a church with a Sunday school class where the the Late Great Planet Earth was featured. Pretty scary stuff but I fell for it I admit.
Later on as an adult in Dallas I belonged to Sunday School class at a Baptist Church no less that talked about inclusion and that there are many different interpretations of Revelation. It was a Southern Baptist Church before the big political shift they took.

It has always confused me as to how so many groups of religions can all claim they worship the same God, and believe in the same Bible, yet they hate each other so much. Isn't Jesus the epitome of love and acceptance? Since my dad was from Glasgow, but his mom was from Northern Ireland, he used to talk all the time about what they called "the troubles"--the fighting between the orangemen in Northern Ireland, and the greens--the Catholics in the rest of Ireland. But they all worship Jesus and the God of the Bible. Why do they hate each other so much?

Maybe you have to be steeped in a religion to really know how it functions the way it does.

Yogi, that political shift was based on premillennialism. All professors college and seminary were labeled "liberal" and fired if they didn't toe the line on it. Look at the damage that has done today. Doom and Gloom prevailed at the riot in Washington.

Fiona, worthy questions and I wish I had an answer.

These would definitely be worth a look. I'm Unitarian myself but always willing to read more about Christianity.

Glad you have an open mind, Tanith.