Today's topic: Things I collected as a child.
Comic Books, the one thing my parents splurged on for us. Every week we'd both get a quarter and could buy four comic books.
My brother and I avidly read The Fantastic Four, Spiderman, X-Men, Sergeant Fury's Howlers, The Hulk, Thor, and others by Marvel. We also read Classics Illustrated. My first encounter with Frankenstein, Les Misérables, Lord Jim, From the Earth to the Moon, 20,000 Leagues Under the Sea, Mysterious Island.
DC. Yes we read Superman, Batman, Super Boy and others.
Then one horrible day we came home from school and Mom put them all in the trash right before the garbage men came and took them away.
I ran track and cross-country in junior high and high school. I collected ribbons, medals and trophies. The one's I was most proud of were: City champion in the 660 yd. dash in 9th grade. 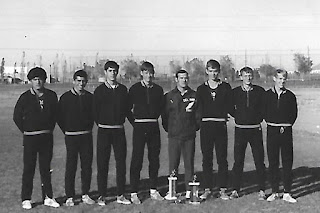 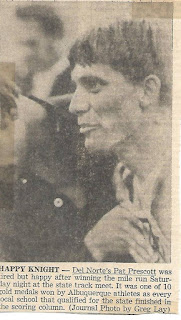 State Champion in the mile senior year. In college we were team champions in Texoma Conference of the NAIA in Cross-country.
I finished 150th out of two thousand runners at nationals in Cross-Country in 1974. 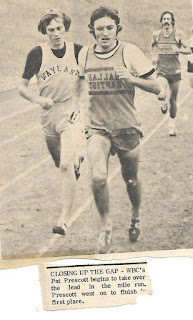 I was the first mile champion in the newly formed Texoma Conference setting the record, it didn't last long. I still have my trophies in a wall bookcase. The ribbons and medals are in a shoe box next to my scrapbook.
Cameras. These I inherited. My father had a photography minor and did photo shoots of weddings and birthdays for awhile. He left me an original Polaroid Land Camera. Around five of the old type 660 film cameras that you look down on the view screen. And two older 35mm cameras from the early 1960's. I've had a few offers on two of his look down cameras, but no takers on the polaroid.
One I think just about all of the members of WC have on their list is BOOKS. 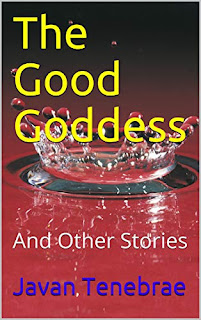 It starts with an ancient goddess who answers the plea of a lonely man wanting someone to love. The goddess known by many names: Bona Dea, Isis, Aphrodite, Venus and others reincarnates and begins to answer the prayers of lonely people looking for love and meaningful relationships. Her followers share the love she gives them to others and they are attacked by other religions and the government. Some are martyred, but message of love and sharing with others only grows.

First Weekend is a corporate outing where everyone is into swinging.

Failure is about a man getting divorced and visiting an old girlfriend who married his best friend in college.

Triple Indemnity is about a gold digger who marries wealthy old men, even agreeing to signing a prenuptial agreement as long as she gets a multi-million dollar life insurance policy.

A Bull Named Fu Manchu is about a man whose been diagnosed with terminal cancer. He decides instead of riding a bull to spend his last good days enjoying himself in other ways.

Hadrian's Wall a Roman legionnaire gets rest and relaxation away from the wall and entertains a wealthy noble woman.

Love Lust Story a law professor is interviewed on his life long fight against obscenity laws by recalling how it started with a fight at the University of New Mexico over the poem Love Lust by Lenore Kendall.

It's cool that you won so many ribbons and awards for track and cross country.

WHY WHY WHY DID SHE THROW THE COMIC BOOKS AWAY??? I'm reeling. I may not recover.

I'm very into comic books and the thought of all of those in the trash gets to me. That must have been a shock. You must be so proud of the awards collection!

I couldn't imagine having all my comic books thrown away. Yikes. Congrats on the awards.

Very nice!! I can't imagine my parents pitching my books, but they've done it with other stuff, so I can imagine the heartache.

Thank you Lydia, that was a long time ago.

The lament of many of my generation, Marianne. I was a millionaire, then my mother threw my comic books away.

Thank you Kate. Every time I see a Spiderman movie there's a bit of regret.

Thank you Shari. Nice of you to come by.

Glad to have your sympathy, Megan.

That makes me so sad that your mom threw away your comic books. My uncle's had so many and I loved having them read them to me. Great post!

Morgan it's wonderful that your uncle's read them to you.

I did a fair amount of track and cross-country, but never won any medals for it. I was steady, not fast. Most impressive!

Oh, no! So sorry your mom tossed away those comics. Sounds like she was on a cleaning purge. Thanks for sharing.

Yes it is, Tanith, I inherited mine, but I do have some old ones I replaced with cell phones.