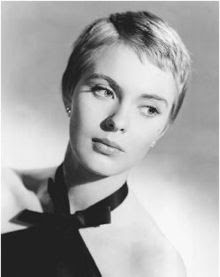 On Christmas day 1970 we went to see the movie Paint Your Wagon at the Sunshine theater. Mom and Dad had the broadway play album and we grew up listening to the songs: Wandering Star, I Still See Elisa, They Call the Wind Mariah, Hand Me Down Them Can of Beans. Mom couldn't wait to see the movie. To an extent she was disappointed. Her favorite song on the broadway album was What's Going On Here, and they left it out of the movie. Clint Eastwood and Lee Marvin mangled their songs something awful. Harve Presnell did a fantastic rendition of They Call the Wind Mariah. In the movie's story a Mormon comes into an all male gold mining camp with two wives. They auction off one wife and Lee Marvin's character Ben Rumpson bids the highest.
The movie does have some great lines and one of the best is when the auction proposal has been made someone says, "You can't buy a woman for money."
Ray Weston's character, Mad Jack says, "You just try to get one without it."
There's an interesting legal point that the marriage is based on mining law, and that she is Ben's legal claim entitled to all her mineral rights. After a humorous marriage ceremony sung to Ben's Wedding Day the couple enter a tent. Ben rips open Elizabeth's boddice exposing only the top half of her ample bosom. I was 16 and that was the most exposed woman flesh I'd seen in a movie up to that time. My eyes nearly popped out. Even today this scene is erotic. Jean Seberg is that beautiful.
The movie grows on you and I enjoy it on both Video and DVD.
When googled wikipedia lists quite a few movies that Jean Seberg starred in from 1957 to her death in 1979. Married three times, none happily, she overdosed on pills right before delivering a daughter that died two days after birth. She tried to commit suicide every year on the anniversary of her daughters death until she succeeded.
I don't know that there's a moral to these posts. I've just seem to have come across a number of actresses in movies that I have recently watched or are my favorites lately.
Posted by P M Prescott at 2:46 PM

I barely recall Eastwood singing in that movie. It was used during an awards ceremony he attended where he laughed at himself. Was it, "I Sing to the Wind?" :D)

I talk to the trees, is the name of the song. The Smother's Brothers had a very humorous routine on that song.