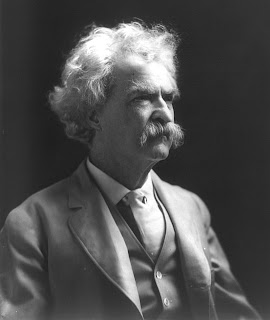 Wow! That is powerful stuff! We need more of this. Nobody can say that we have the discipline we did when I was a tot in school!!!

1. Thanks! There's a chance folks might listen to Twain!
2. An answer to a question you didn't ask: "When do you feel most patriotic?"

Have a nice day.

Notice how voting is being conveniaterized so we don't have to stand in line. Just order an absentee ballot, vote early. Calls for internet voting. Anything to keep it from being a social experience.