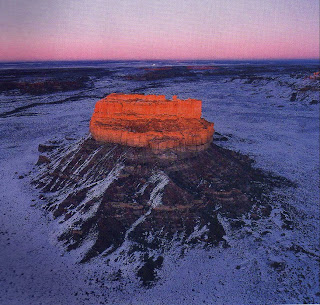 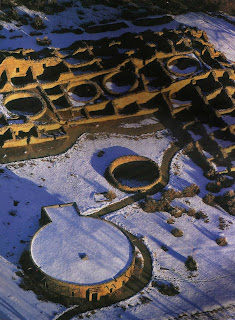 Thanks to Eric, I'm making a correction. this is a picture of the Aztec ruins near Aztec N.M. in the Four Corners area. It is misnamed, but at the time the belief was that the Aztecs migrated to Mexico from this area and that the Anasazi could have been their forebears. Linguistically the Ute tribe is closer to the Aztecs and they are not decedents of the Anasazi. 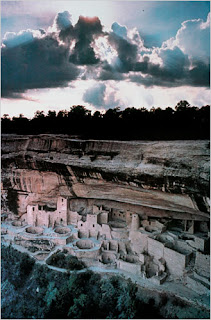 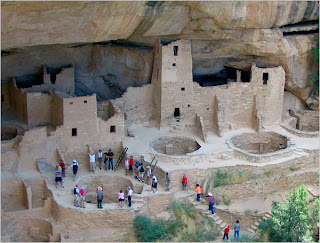 Mesa Verde in the North West part of the state, known as the Four Corners area (where N.M. Arizona, Utah and Colorado meet). Remains of early settlers known as Anasazi.
Posted by P M Prescott at 10:17 AM

need to check your image--Ariel view of Pueblo Bonito is actually West Pueblo at Aztec Ruins National Monument--the rebuilt kiva is the tip off.

Thank you for the information. The magazine I got the picture from captioned it Chaco Canyon.