A Prayer For My Mountain 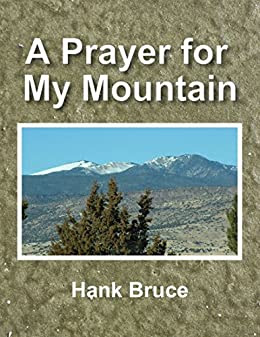 The mountain on the cover is an extinct volcano in west central New Mexico. In the 1960's and 70's tons of uranium was mined from here. It sits between the Navaho (Dine) reservation and the Laguna and Acoma Pueblos.

Men from the reservation and pueblos took jobs mining the yellow ore and within ten years were dying of various cancers. The mines shut down as demand for uranium declined, but the damage to the mountain and lives of all those who live around it never went away.

By 2010 the mine owners wanted to restart mining operations. This short story is about the fight to stop reopening the mines.

Hank Bruce is a good friend. I've reviewed a number of his books and have enjoyed all he's written. This one touched my soul.

I spent the summer of 1973 working with FBC Grants which is a town at the foot of Mount Taylor on I-40 between Albuquerque and Gallup. The little town was booming. Trailers and RV's were parked everywhere, it was estimated that in ten years it would become as big as Albuquerque.

In that next ten years the town went bust and many who I met and worshiped with were dead, all dying of cancer. In the houses that the company built for the workers and their families they used uranium dust in the concrete of the floors.

I learned that from this book.

The prayer in the title is about a man who is diagnosed with cancer at the VA Hospital in Albuquerque. He returns to his home in Laguna Pueblo to live out his last few months. A medicine man gives him a prayer staff tells him he has to go to the sacred mountain, a different name in their language, and ask forgiveness for the damage he caused.

An Anglo family moves into an abandoned schoolhouse between Laguna and Grants, the husband suffered a heart attack and they lost everything. He, wife and young children must rebuild their lives.

A medicine woman comes and welcomes them, she takes the husband around their property and teaches him how to pick seeds out of the pinecones what we call Pinon Nuts. She explains to the wife the different plants, if they are edible, medicinal qualities.

A family living not far from them also comes to welcome and share food from their garden. They have children the same age who become friends.

The medicine woman tells them that they are needed to save the mountain, as only they can convince the government to stop reopening the mines.

The man dying from cancer, the Hispanic family and the Anglo family then go up onto the mountain where they visit the scars left behind and pray for the mountain.

It ends with the speech Hank's wife, Tomi Jill Folk, gave in Congress in 2012 where she pleaded for the government to declare Mount Taylor a sacred mountain and stop all mining operations. Congress passed the bill.

The nuclear power industry loves to brag about how safe the plants are in terms of worker injuries. The uranium mines have always been very dangerous places to work.
Sounds like an interesting book.

Picked it up. I have a huge TBR list but will try and get to it soon.

The industry is still trying to open the mines. Thanks for your thoughts, Yogi.

I have the same problem. It's a short story, so try it before a lengthy tome.