Today's topic is: My Greatest Strength.

I've always had a near  photographic memory. The lens is a little foggy at times now, especially trying to remember if I ate a few hours ago and what I ate.

My memory has always been selective. I remember names and dates in history, memorize verses of scripture, poems, passages from books and movies, Shakespearean siliques ect.

Math is a different story. Algebra wasn't too bad, but geometry and having to memorize axioms and theorems was a real problem. I found memorizing things easy, if rather linear, but rules of an equation to get X, and working a proof was really difficult.

My second greatest strength is analysis. "The unexamined life is not worth living." --Socrates.

It didn't come natural, but as an avid reader and English teacher I found this the most important part of a our public school curriculum. Literature teaches students how to think. It's done by analyzing the stories.

Here's why these subjects are so important today:

Algebra teaches deductive logic. Without it people fall into the trap of inductive logic of bias and prejudice. Sherlock Holmes and most detective novels deal with this type of logic. It helps understand how a crime happened and perhaps who committed it, but doesn't provide proof. Why these books always use the trope of gathering all the suspects together and the culprit either confesses or tries to run.

Geometry is all about proof. The different steps using axioms and theorems to prove the equation. It is the ability of using motive, method, means and opportunity, and applying this to the evidence that helps convict criminals. What makes this so important is that's what the jury needs to understand.

Literature teaches analysis. Reading and enjoying a book isn't enough. What was the plot? What was the theme (or moral) of the story. What motivated the villain, the hero, the heroine? Why is this also important to getting proof in a trial. 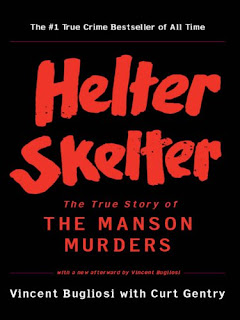 When I read Helter Skelter, by Vincent Bugliosi and Curt Gentry, that the third component of proof became apparent. How do you prove motive? The most important part of convicting a criminal.

Bugliosi used analysis on Charles Manson. After studying his life and criminal history he concluded that he liked it inside prison more than outside it. Steven King in Shawshank Redemption called it being institutionalized. Whenever Manson was released he committed another crime to get him back into prison. Always a federal prison as they are better that state prisons. This was the key to understanding the man and what motivated him to act as he did. Also the key to his conviction.

What's wrong with those caught in a cult or in thrall to Trump? They are absent these three abilities. It is deductive logic, the ability to separate fact from fiction (proof), and to analyze themselves and what they believe. That's blind faith that leads to drinking the Kool aide and dying a horrible death at the hands of a megalomaniac.

Having a photographic memory is so neat!

It has it's drawbacks, but it's worked for me.

Proofs killed me in high school (and destroyed my otherwise nearly perfect GPA.. my one and only C grade came in that semester of geometry and I may never recover from it).

Unlike Marianne... I absolutely LOVED proofs and geometry. And logic problems... I loved Dell Puzzles' logic problems. Unfortunately, they are hard to find now. Thanks for stopping by!

Marianne, I squeaked by with a C-. When I started teaching high school and was talking to a math teacher he said they don't teach proofs anymore. That defeats the purpose of making it a required course.

Glad you had the aptitude for it, Judy.

I was exactly the other way around with math: Geometry made perfectly good sense to me, and Algebra -- while I could do it -- was always a struggle. (In retrospect, I think it's because I kept trying to take mental shortcuts with Algebra, which... doesn't work that well.)

Glad you found geometry up your alley.

I always wanted a photographic memory! Mine wasn't bad but I couldn't remember numbers. I really enjoyed the discussion of the value of each subject. I knew it at some subconscious level but your discussion was clear and succinct, and quite so useful. So thanks.

You have some great strengths. You are right in that most of the followers of Trump, at the regular person level, are blind to what is right in front of their eyes. The other Trump supporters are just looking out for themselves.

Like most people, I have a great memory for some things, and terrible one for others. People's names and faces fail me every time. I loved all math, algebra and geometry were like magic to me.

That's a good point. I've read both Shawshank and Helter Skelter, but did for the entertainment factor. I'll have to reread for the factor you mentioned.

Yogi, I'm discovering a lot of my commenters are math whizzes. Must be nice.

Glad I gave you thought and the will to re-read two great books, Megan.

I would love a photographic memory. It would help me a LOT.

It also pisses people off, Tanith.