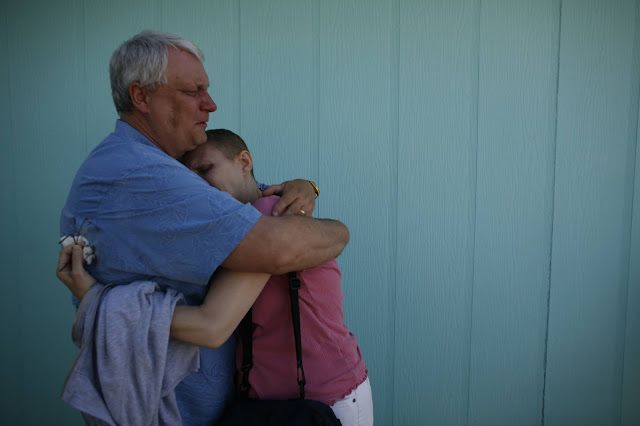 Saying goodbye to my sister for the last time.

Twelve years ago today, she went to be with the Lord. She was only 45.

Summer of 2008, my sister was in the final stages of ovarian cancer, A Dallas news station payed for her family to come to Albuquerque so she could visit our father's grave. Dad died in 2007, but Penni wasn't able to attend because of problems with her cancer. She was in Palliative Care and the station used her as an example of how it helped the families facing a terminal illness. To view the broadcast click here.

We traveled as a family to Santa Fe's National Veterans cemetery to view the plaque on his grave site. My mother joined him this year. 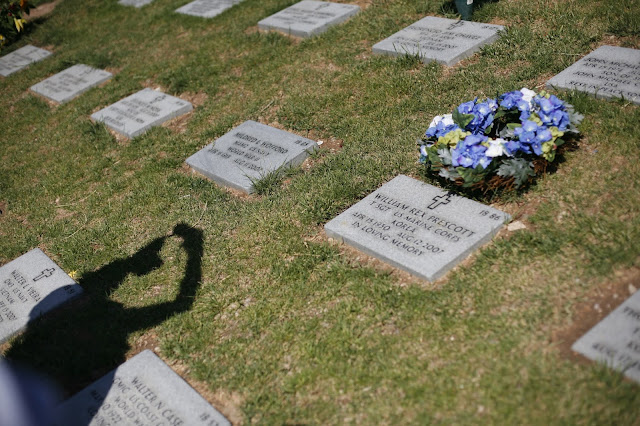 From there we spent time in the Square in Santa Fe. Penni's husband David is to the right of me and Michelle is behind her being shy. 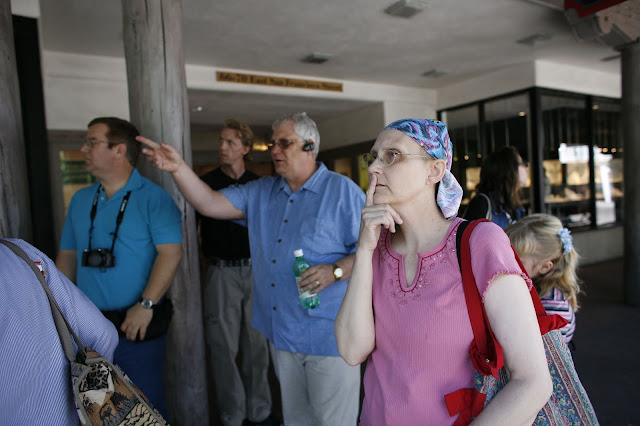 Next stop was the Glorieta prayer gardens, where Penni and David were married, and where her ashes lie around a bench left in her memory. Our mother and combined family. Our brother, Bruce and his family were unable to attend. 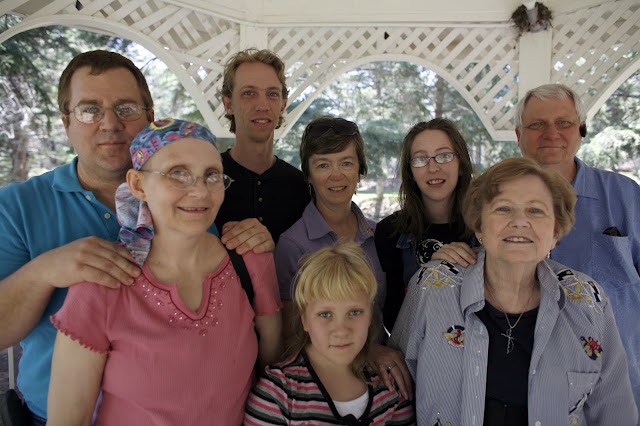 After Glorieta we met up at my house and had a nice chat until it was time for them to leave. That was a very difficult parting for both of us.

Penni's group of her husband David, her daughter Michelle, and the reporter went on to the tram to see the view from atop Sandia Mountain. I don't know how she put in such a long day in her condition. Penni was going to make the most of this day and she did. 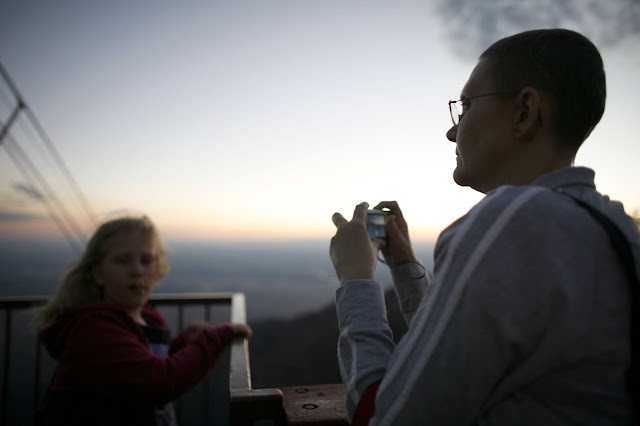 I'm so sorry. This must be so difficult to remember, but it is nice that you have these memories and photos. I watched the video from the news station, too. Your sister must have been a wonderful person.

Thank you, Berthold. Your kind words have made my heart soar knowing others feel our loss.

Thank you for sharing this story. My condolences. 45 is far too young to die.

Yes, it is, Lydia. Your kind words are appreciated.