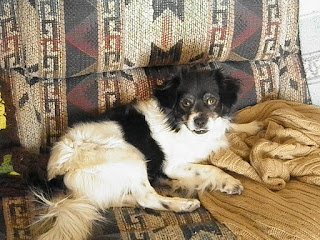 My client took me out to lunch today for Administrative Assistant day. I've never thought of myself as a secretary, (more of a gloried gofer) and since I bill him and am not an employee it caught me by surprise. It was a nice lunch.
Posted by P M Prescott at 2:34 PM

So far he's been a delight.