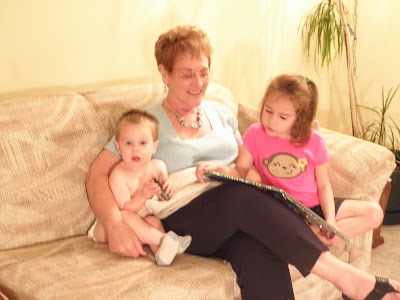 Visiting with Brother-in-law and family. Mother-in-law is not long for this life. Sister-in-law reading to her grandchildren. 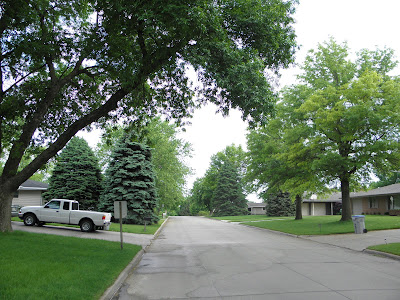 Milford is a sleepy little town 25 miles from Lincoln. 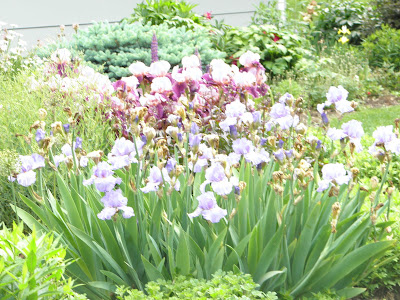 They've been getting lots of rain, the really bad weather has been south of them. 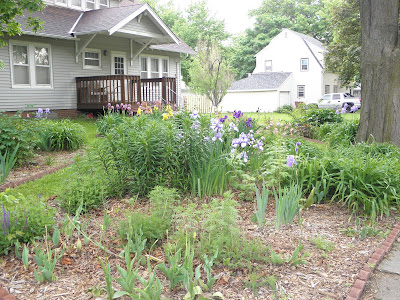 Everyone seems to have beautiful flower gardens. They're waiting for warmer weather for the vegetable gardens.

Another prophet with egg on face

What about the Bible saying that no one knows the date and time do these idiots not get?
It's so easy for someone trying to make a name for themselves and attract non-thinking groupies to dream up a doomsday scenario and rake in the money.
Living a Christian life is a committment. Cheap Grace and sitting around waiting for the sky to fall in is only delusion.
Posted by P M Prescott at 12:52 PM 4 comments:

To all friends and family who have given me advice and support over the years, here's my gift to you. Click on this link to my page at Smashwords.com and look at my list of books available. I have dropped the price of all short stories to 0.00. That right Free, and what's more you don't need a special app like Kindle or Nook to download the story.
I've reduced the price on my anthologies and novel, but here's the deal. You can download them for free too. Here's how you do it:
For Human Sacrifices when you go to "check out" put in coupon code PA52R (not case specific).
For Flash Stories: Married Love coupon code is RR26Q
For Flash Stories: Erotica coupon code is UY58W
For Erotic Flash Stories 3 coupon code is XF25Q
Have some time to read? What are you waiting for? 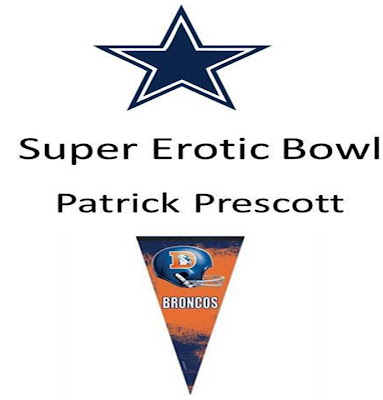 It's about a couple spicing up Superbowl XII between Dallas and Denver with a bet during and after the game.
This is a fun one and I enjoyed researching the game for the blow by blow.
Seems like only yesterday when they played that game.
To answer a pressing question, I wasn't married at the time and didn't meet Grinnygranny until the next year. This is purely imagination at work.
Posted by P M Prescott at 6:44 PM No comments: 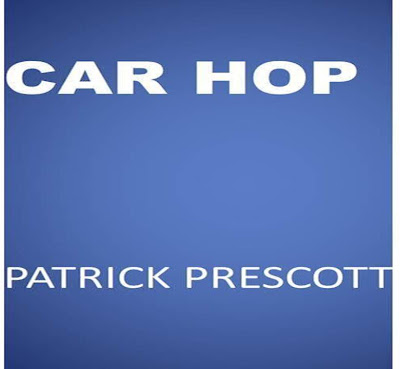 Monday I gave a presentation at Writers 2 Writers and using a projector demonstrated to the group how easy it was to publish e-stories. I published a story I worked on that day called Car Hop. I did a real simple powerpoint back ground and text for the cover art. It wasn't available until Thursday. I priced it at 0.00 on Smashwords.com. Amazon and Nook require it to be at least .99. It's now available on them too.
Since it's been published I've had over 250 looks and around 20 downloads on Smashwords. Telling how readers are looking for the free stuff. If I put enough of this out as free and people start recongizing my name maybe they'll be more willing to pay for it.

I dug my very first novel out of mothballs and have reworked it. I wrote it the summer of 1989 for Ted Turner's Tomorrow Award, naturally I didn't win. It's named Vander's Magic Carpet and is about the problems of getting the first flying car through all the political and legal hurdles for marketing. Science Fiction at the time, but I read recently there are four viable contenders ready to be put on sale within the next ten years.
The story's only 55,000 words long and I'm thinking about cover art while a few friends are reading so I'll get some peer review. I was surprised how well it held up over the years since I wrote it on an old 286 pc with no hard drive using Bank Street Writer and saving it on 51/4 in floppys. With each upgrade over the last 22 years I've saved it just in case, and guess what now it can see the light of day. When I publish it I'll price it a .99 just to get some feedback.
Posted by P M Prescott at 6:28 PM 2 comments:

Good friend at Private Buffoon posted his touching eulogy for his wife he delivered at her funeral last Wednesday.
Posted by P M Prescott at 9:05 AM 2 comments: